You are not going to believe this, but we have just had some disturbing news from Northern Ireland.

The head of our security team (BFD), Sam Cochrane (below), has just been 'detained' at Belfast International Airport under Schedule 7 of the Terrorism Act 2000! 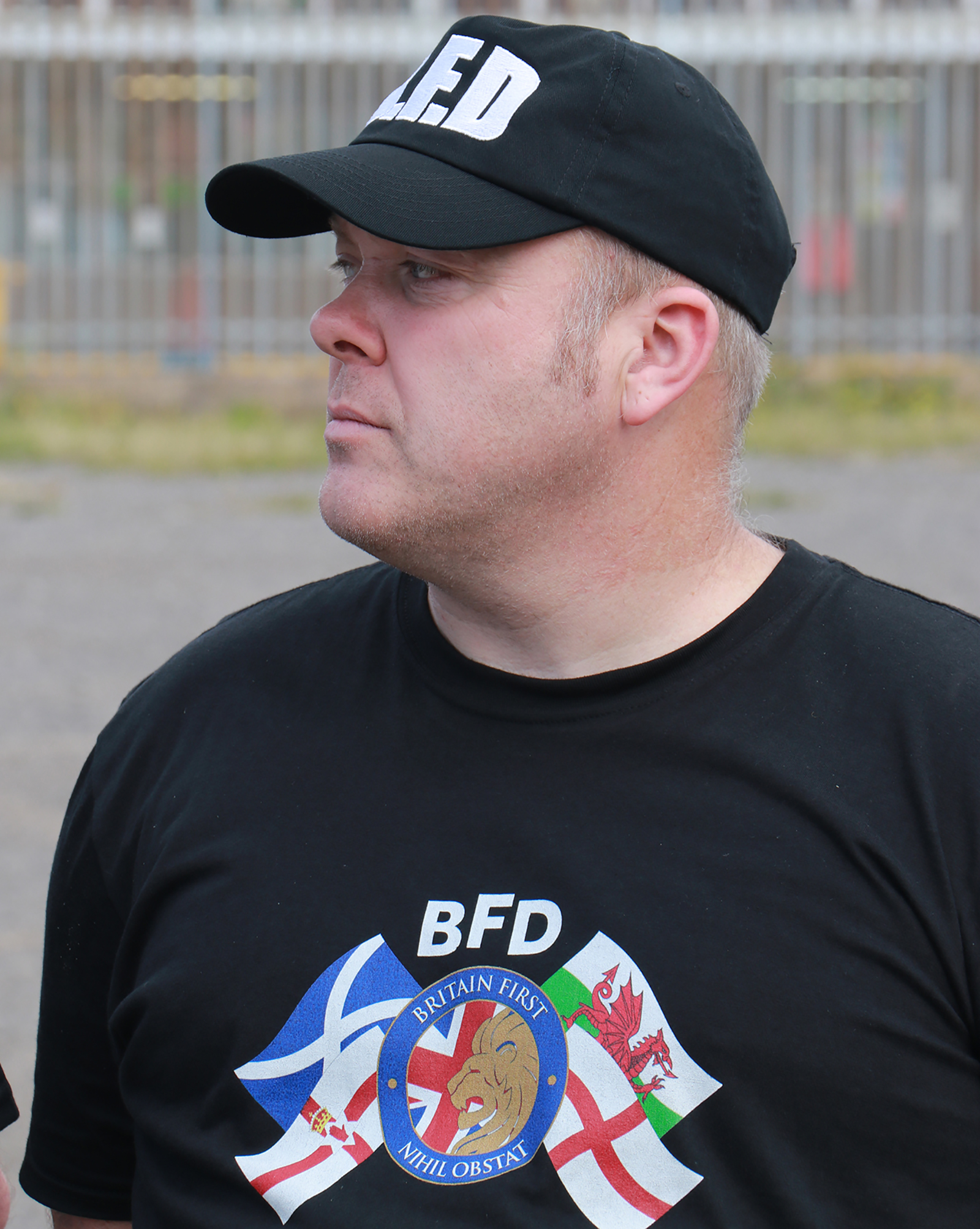 This is the exact same legislation that the police arrested, prosecuted and convicted party leader Paul Golding for back in November last year on a return trip from Moscow.

Sam has been with Paul all weekend as the pair of them attended a regional day of action in Derby, in the Midlands.

Sam is Paul’s principle bodyguard and travels to the mainland on a regular basis to coordinate BFD officers at local Britain First activities, keeping our activists and leadership safe from political opponents.

Sam spent the whole weekend protecting Paul and today, via Manchester airport, he took a flight home to Belfast.

When he landed, he was greeted by four officers from ‘SO15 Counter Terrorism Command’ and detained! 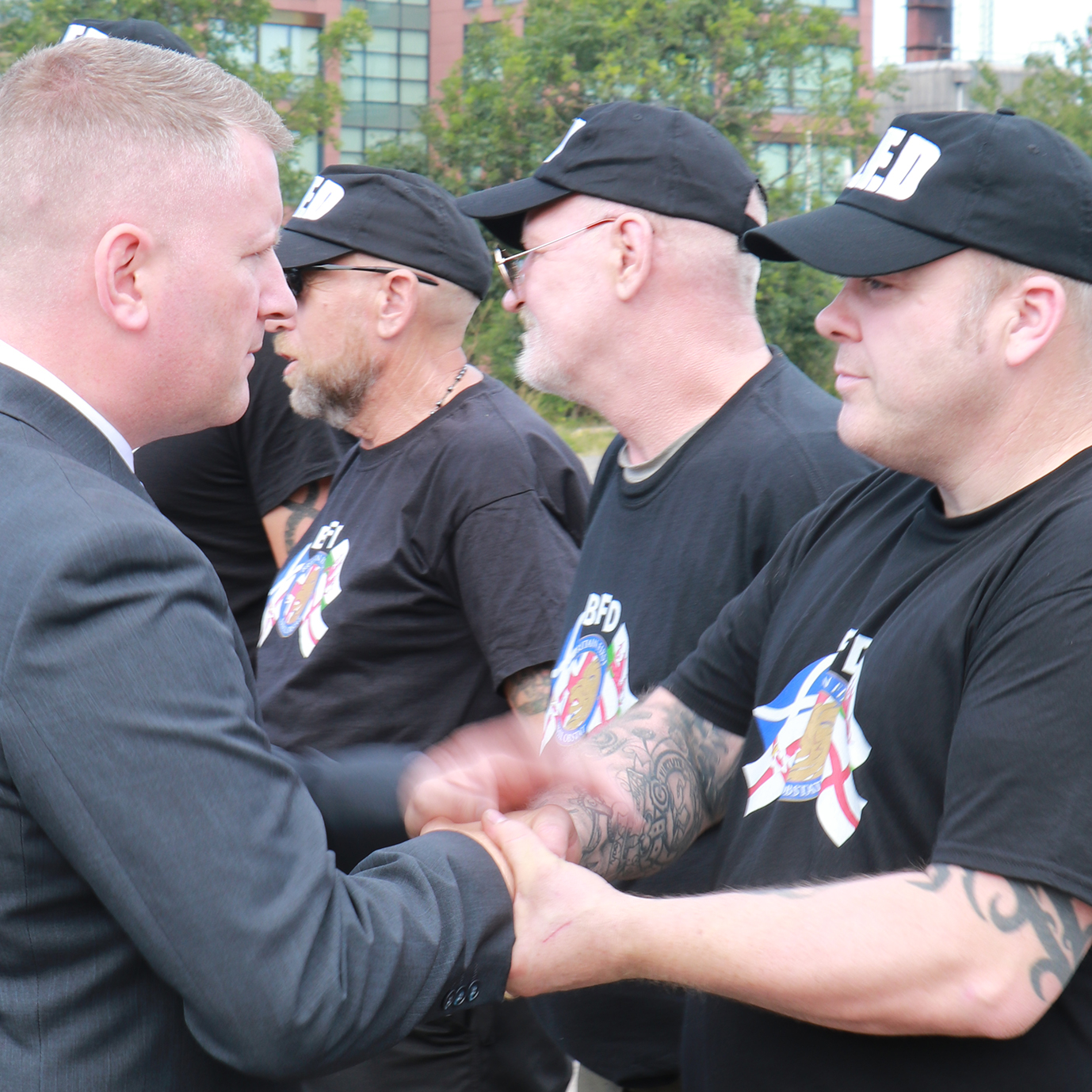 The officers asked him probing questions about why he was in England, who he had met, who he had spoken to etc.

Then they confiscated his mobile phone and demanded his pincode to access it.

Sam told them to sod off and refused to hand over his pincode!

Sam is a family man with three children and on a point of principle, he refused to allow the fascist SO15 bullies invade his privacy!

When Paul stood trial under the Terrorism Act 2000 back in May, he explained his refusal to hand the police his pincodes on the basis that they will start to harass patriots in airports on a regular basis.

Now this statement has been proved correct.

First it was Paul Golding, then Sam Cochrane, and tomorrow it could be any other significant figure within our movement.

Even friendly patriots like Tommy Robinson – who kindly covered Paul’s trial back in May – are fully aware that any patriots can now be targeted with these fascist anti-terrorism laws. 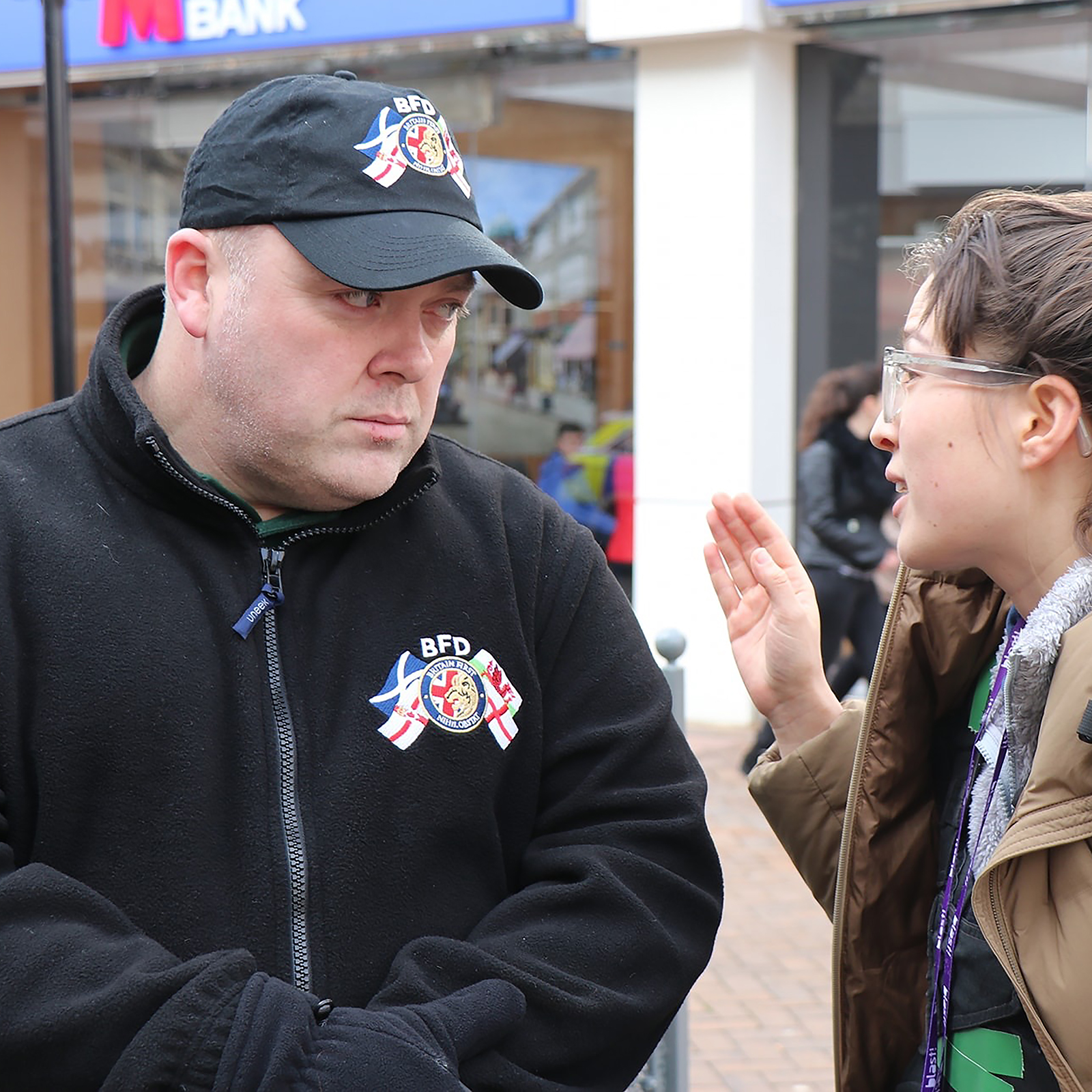 Sam travels to the mainland on a regular basis to be Paul’s bodyguard.

Maybe they are trying to frighten him away from doing this in the future?

It’s also very convenient that immediately after we successfully raise funds to build a dedicated BFD training centre, the head of BFD is pulled in by terrorism police and harassed?

Whatever way you look at the situation, it is crystal clear that the Gestapo police are once again abusing laws designed to combat terrorism by using them on ordinary political activists.

It is now also clear that Paul’s prosecution for this offence was simply a precursor – a precedent - to further misuse of these anti-terrorism powers on other patriots.

Sam has been picked up from Belfast airport by his wife, but the police seized his mobile phone.

When Paul’s phone was seized last November at Heathrow airport, our solicitors sent immediate legal letters to S015 Counter Terrorism Command demanding the return of his phone otherwise we would apply to the High Court for their return. 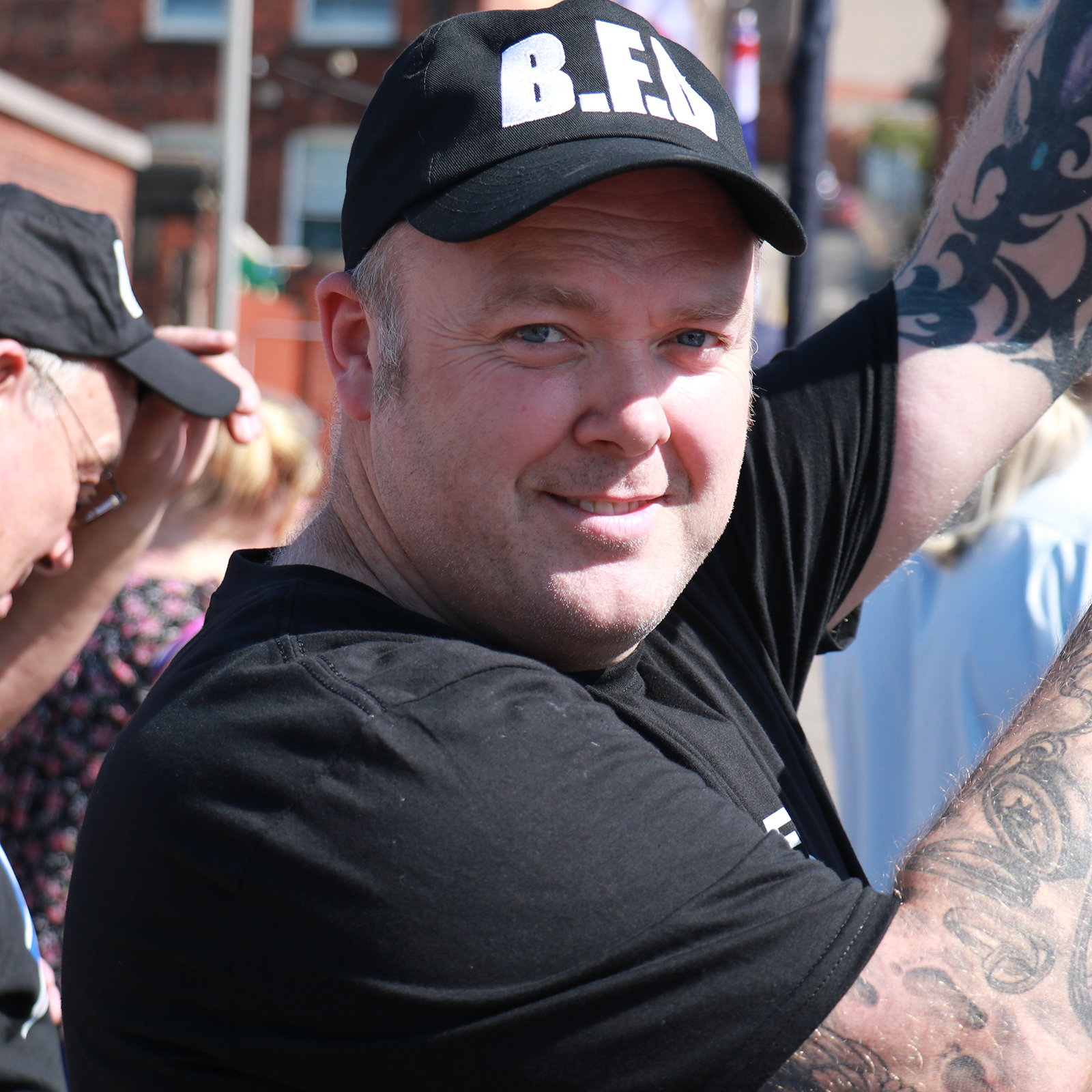 Now we need to carry out the same plan of attack as before to help Sam get his phone back.

Sam is very, very angry that the police have done this to him because his Samsung phone that was confiscated had hundreds of precious photos of his new-born baby stored on it.

HQ have instructed our legal team to contact S015 Counter Terrorism Command immediately to demand the return of Sam’s phone.

Our solicitor has asked us to deposit £3,000 on account immediately so they can get to work.

Unfortunately, legal action is not free, so we need to raise these funds quickly so we can force the Gestapo to return Sam’s phone immediately!

He is constantly guarding our leader Paul Golding so that no harm comes to him.

Let’s show Sam that we care deeply for his loyalty and dedication and that we stand shoulder-to-shoulder with him against the fascist police bullies.

Chip in to help Sam below: