BREAKING: SO15 ignore seven day limit and refuse to give Paul his property back!

Today, there has been an important development regarding the situation with 'SO15 Counter Terrorism Command'.

As you know, Paul Golding, Ashlea Simon and Timothy Burton were all detained by SO15 last Wednesday evening at Heathrow airport and had their devices seized.

Today, Ashlea Simon and Timothy Burton were handed their devices back!

Paul made enquiries with SO15 to ask why his property wasn't returned, and they confirmed they are keeping his devices 'pending further investigation'. 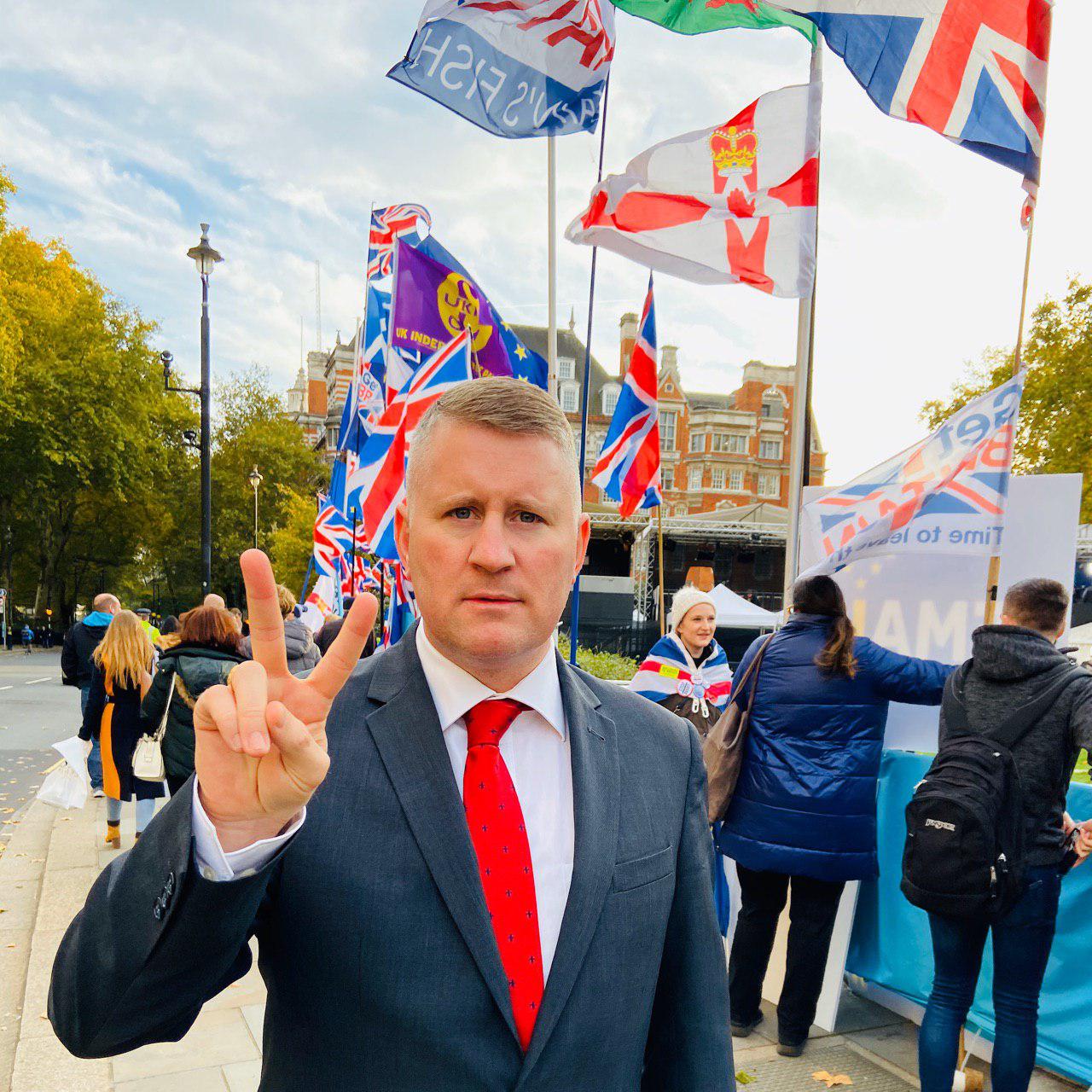 This is outrageous, as the law clearly states they have seven days only to hold onto Paul's phone, laptop and hard-drive before they have to return it to him!

The Terrorism Act 2000 clearly states the time limit for the detainment of personal devices (underlined):

11(1)This paragraph applies to anything which—
(a) is given to an examining officer in accordance with paragraph 5(d),

(b) is searched or found on a search under paragraph 8, or

(c) is examined under paragraph 9.

(2) An examining officer may detain the thing—

(a) for the purpose of examination, for a period not exceeding seven days beginning with the day on which the detention commences,

(b) while he believes that it may be needed for use as evidence in criminal proceedings, or

(c) while he believes that it may be needed in connection with a decision by the Secretary of State whether to make a deportation order under the M1Immigration Act 1971.

As you can see above, SO15 should have returned Paul's devices to him, today.

If you look at section (2), the time limit as laid down in sub-section (a) has lapsed, and according to sub-section (b) the devices can be retained for use as evidence in criminal proceedings, but Paul has not been charged with any criminal offences!

So, SO15 are effectively breaking the law.

Tonight, Paul has formally written to SO15 requesting the return of his personal devices, giving them seven days to comply. 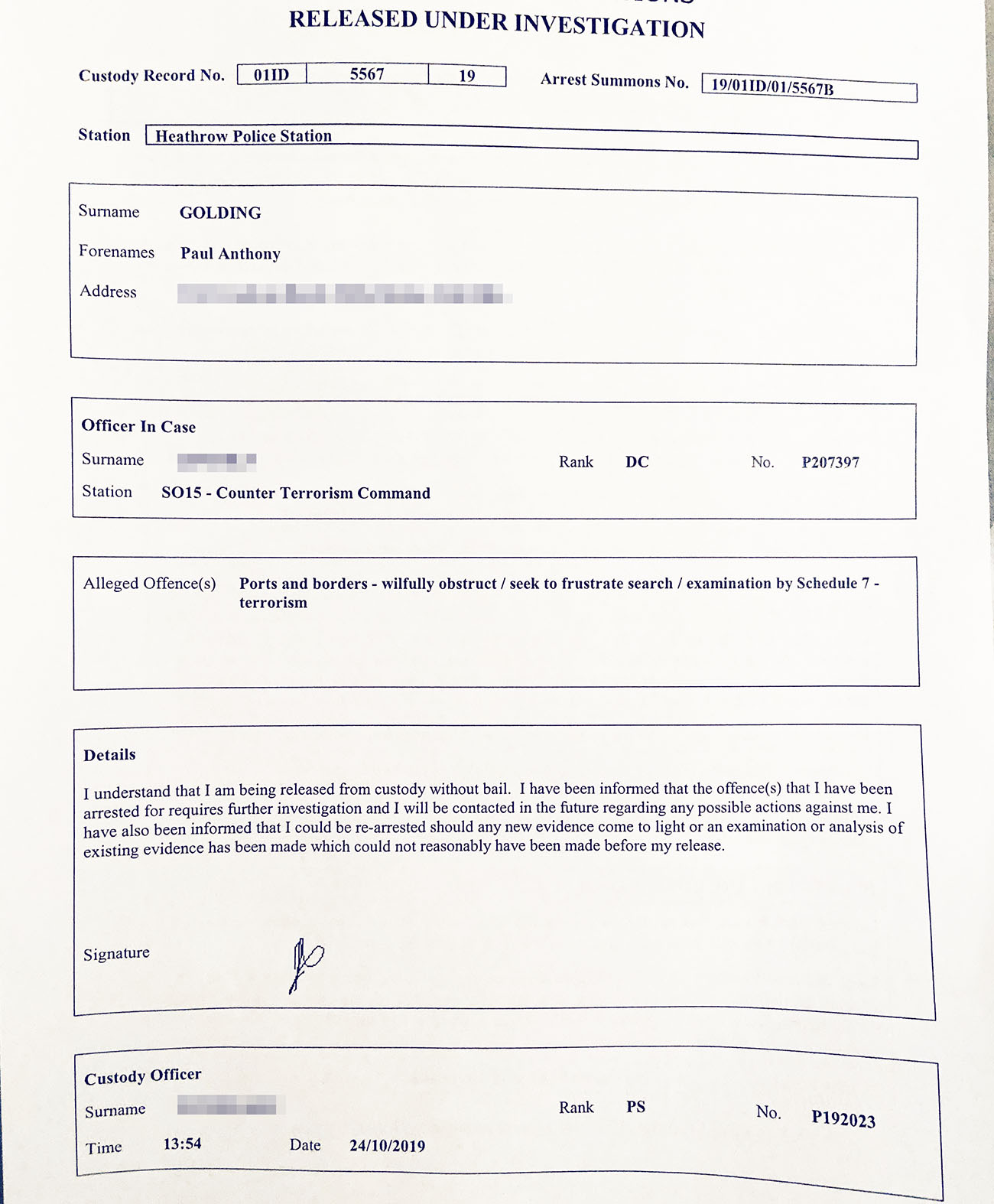 Should they fail to return his devices within seven days, Britain First will immediately apply for relief in the High Court in London.

SO15 have no right to keep Paul's property past the seven day limit, and we are going to make sure they do not get away with it!

If we don't hold these bastards accountable, they will continue to abuse our rights and civil liberties.

Please remember that these counter-terrorism officers illegally detained three of our leadership officials, keeping them captive for hours, subjected them to horrible interrogations before seizing their personal property.

Now they are breaking the law by holding onto Paul's electronic property past the seven day time limit.

If they can get away with it, they will bend every rule there is, if we let them.

If they think they can take liberties when it comes to Britain First and our officials, they will do so, unless we fight back.

If they know we will fight back ferociously every time, they will begin to show our movement the respect it deserves and they will tread carefully in the future.

No other political party in this country is subject to such horrendous persecution by the authorities.

So now you face a choice fellow patriot:

1. Ignore this news and let the fascist tyrants of SO15 score a big victory over this movement, even though they are breaking the law.

2. Stand side by side with party leader Paul Golding by chipping in with a donation to help him take these bastards to court and hold them accountable!

Paul is depending on you making the right decision and throwing your support behind him.

Paul has suffered over and over again, but still stands strong and proud, despite his mistreatment by the authorities.

Please click below and chip in with a small donation immediately, the clock is ticking and we need to get this sorted: