Let's help homeless veteran Tom Foley get back on his feet!

Homeless veteran Tom Foley is running out of time, he has a debilitating condition where his spine is disintegrating.

He is registered disabled and needs help urgently.

Tom has been refused decent accommodation by Lincoln Council.

Tom is a father of four children and simply wants a one bedroom flat so he can see them.

Unbelievably, he is marching on his own to London to protest his treatment by Lincoln Council and is sleeping next to the motorway as he goes (below).

Tom has lost an incredible amount of weight since being made homeless, something in the region of four stone (below). 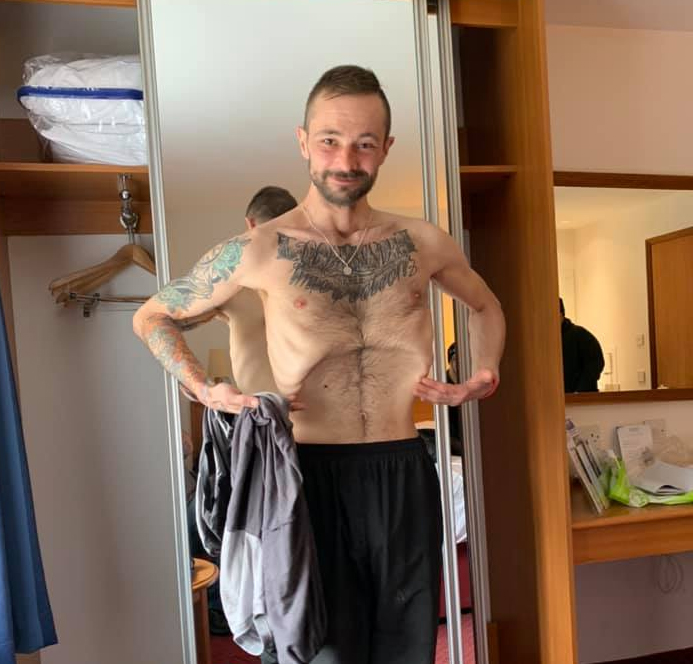 Party leader Paul Golding met with Tom a few days ago (below) on the A1(M). 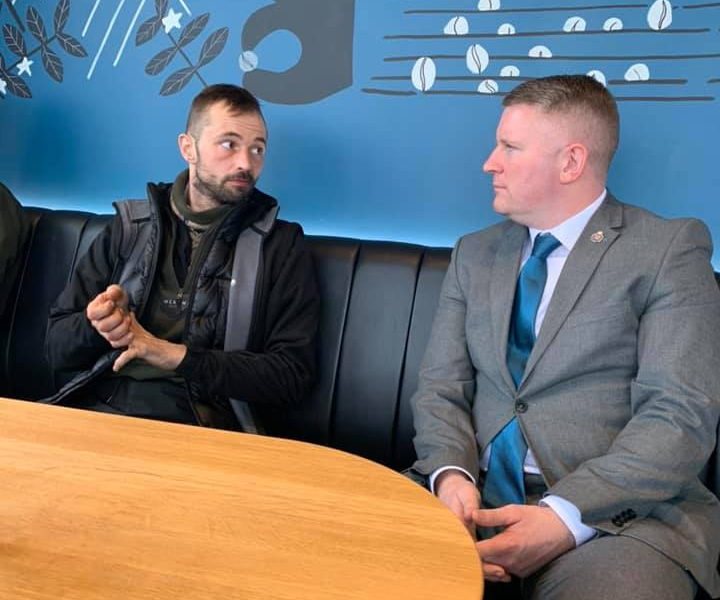 Paul was shocked by Tom's situation and resolved to do something about it.

Britain First has put him up in a hotel for the last two nights so he could have a break from the bad weather (below). 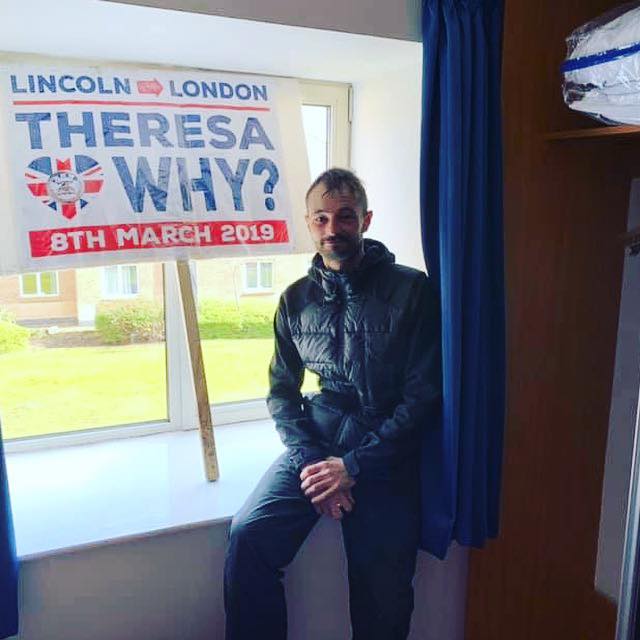 We also gave him £70 so he could go and purchase some new clothes.

This is the least we could to honour his five years of service in the army.

Britain First has launched a petition for Tom and nearly 40,000 patriots have signed it so far.

When Tom reaches London and is finished with his protest, Britain First is going to pick him up and take him back to Lincoln.

Then we are going to provide Tom with £1,500 so he can pay the deposit and one month's rent up front on a one bedroom flat.

There are an estimated 10,000 homeless veterans sleeping rough on our streets.

Their conditions are appalling but the government simply doesn't care about them. 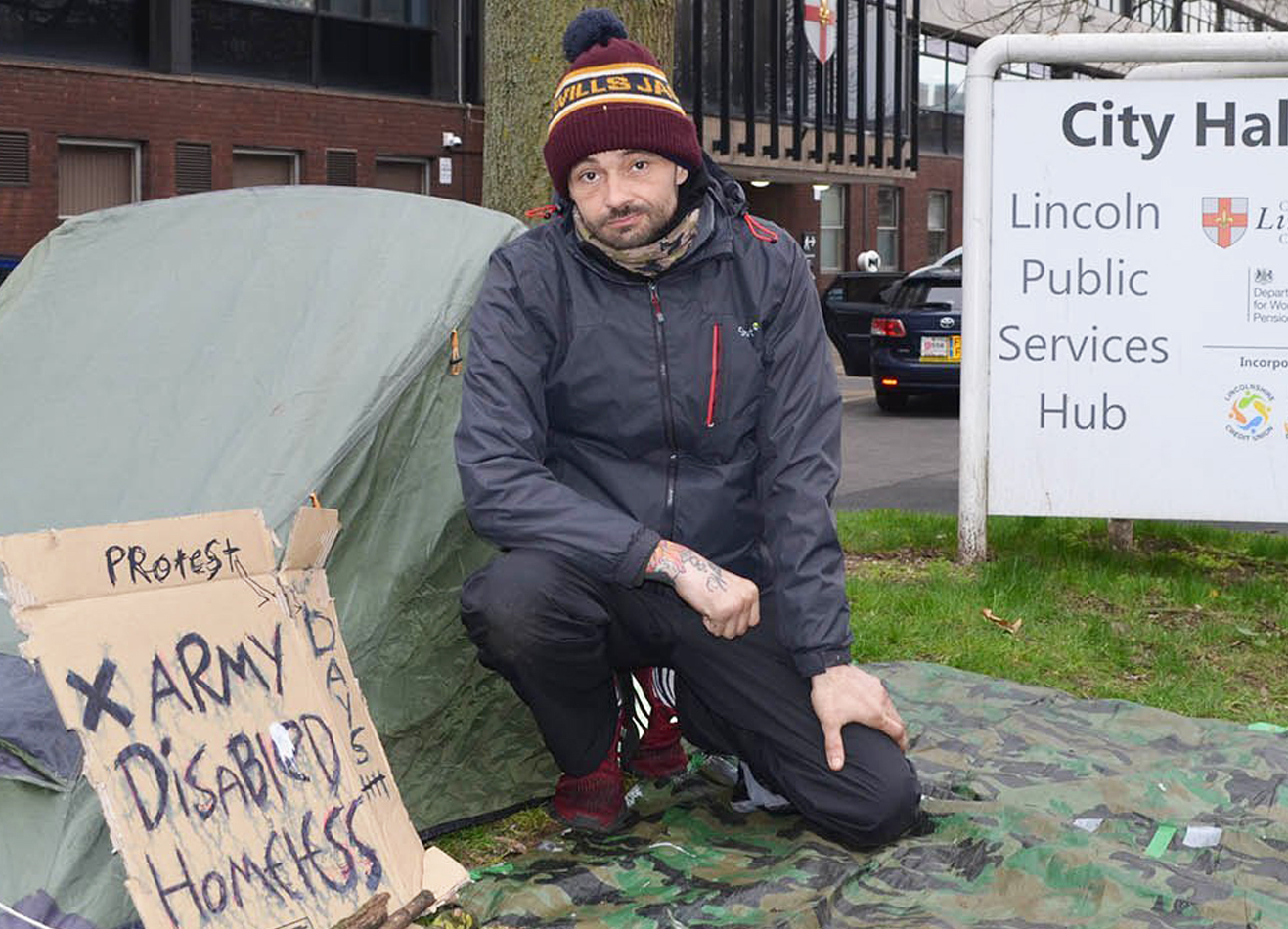 Tom needs our help as a movement and it is our duty to help this long serving ex-soldier.

Party leader Paul Golding is appealing to all Britain First supporters to chip in to Tom's new fund.

Tom served five years in the army, can you spare just £10 to help this British hero get back on his feet?

Please consider what Tom is going through being homeless, with increased disability and not being able to see his children.

Please help Tom with his terrible situation and chip in to his fund, today.