BREAKING: Paul Golding back on TRIAL on Wednesday!

For most of last week, party leader Paul Golding was in Belfast attending his trial for blasphemy.

Believe it or not, but on Wednesday this week, in just two days time, Paul has another trial, this time in London.

You may remember that Paul attended court in early January so the judge could fix a trial date: 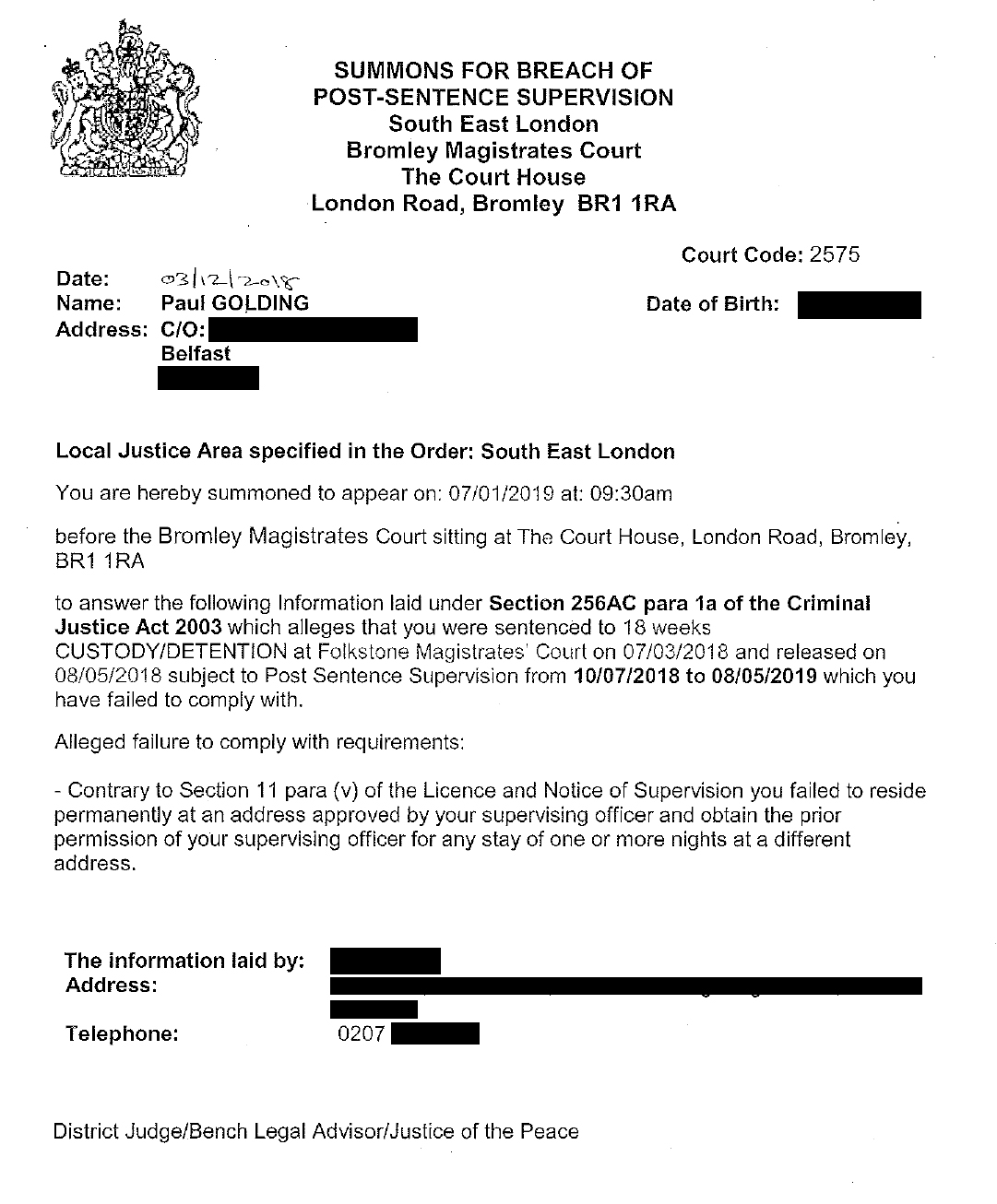 This is actually a probation trial for allegedly breaching his Post Sentence Supervision order: 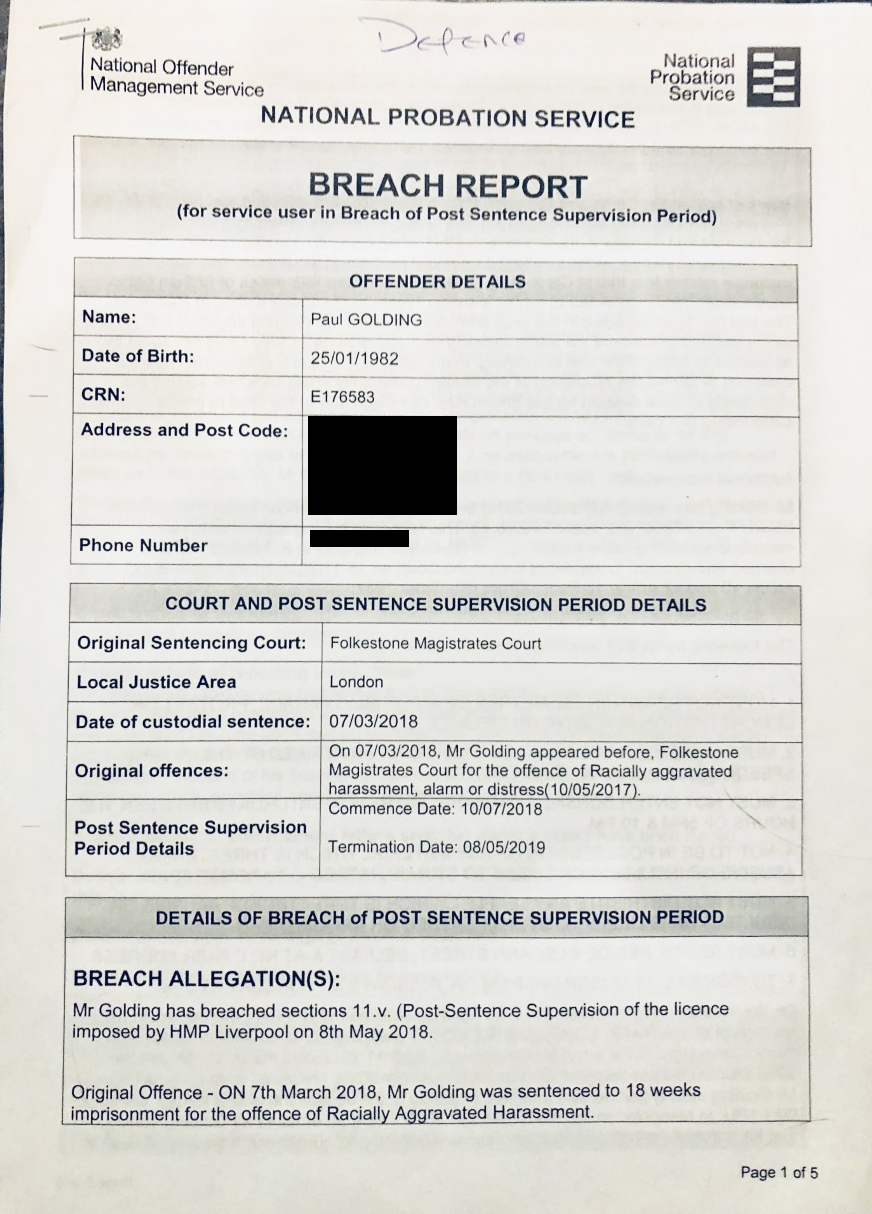 You may remember back in July of last year, the Probation Service dragged Paul into court and the judge threw the case out.

The Probation Service walked away from court looking like complete idiots.

Even 'SO15 Counter Terrorism Command' officers attended court on that occasion, waiting to transport Paul back to HMP Liverpool.

Paul has only a few months left of his probation supervision order, so they are trying to stitch him up while they still have time.

The judge's powers range from a fine to two weeks in prison.

Paul needs legal representation once again, but this time it will only cost £1,800 because it is a simple one-day hearing.

The good news is, that once this final trial is out of the way there are no further criminal charges or prosecutions that are active.

So this is the final push to get Paul in the clear.

Then Britain First can hold relentless activities, rallies and meetings during the summer.

Will you join with Paul as he leaps over the final hurdle to freedom?

Will you chip in and help him pay for his legal representation?

All the evidence is ready, the case paperwork is in order, we just need to pay the solicitor bill so they can represent him in court on the day.

Please chip in with whatever you can afford.