The Britain First "Churchill" Battle Bus spent the afternoon campaigning in the city of Cardiff, triggering a mob of leftists on Twitter. 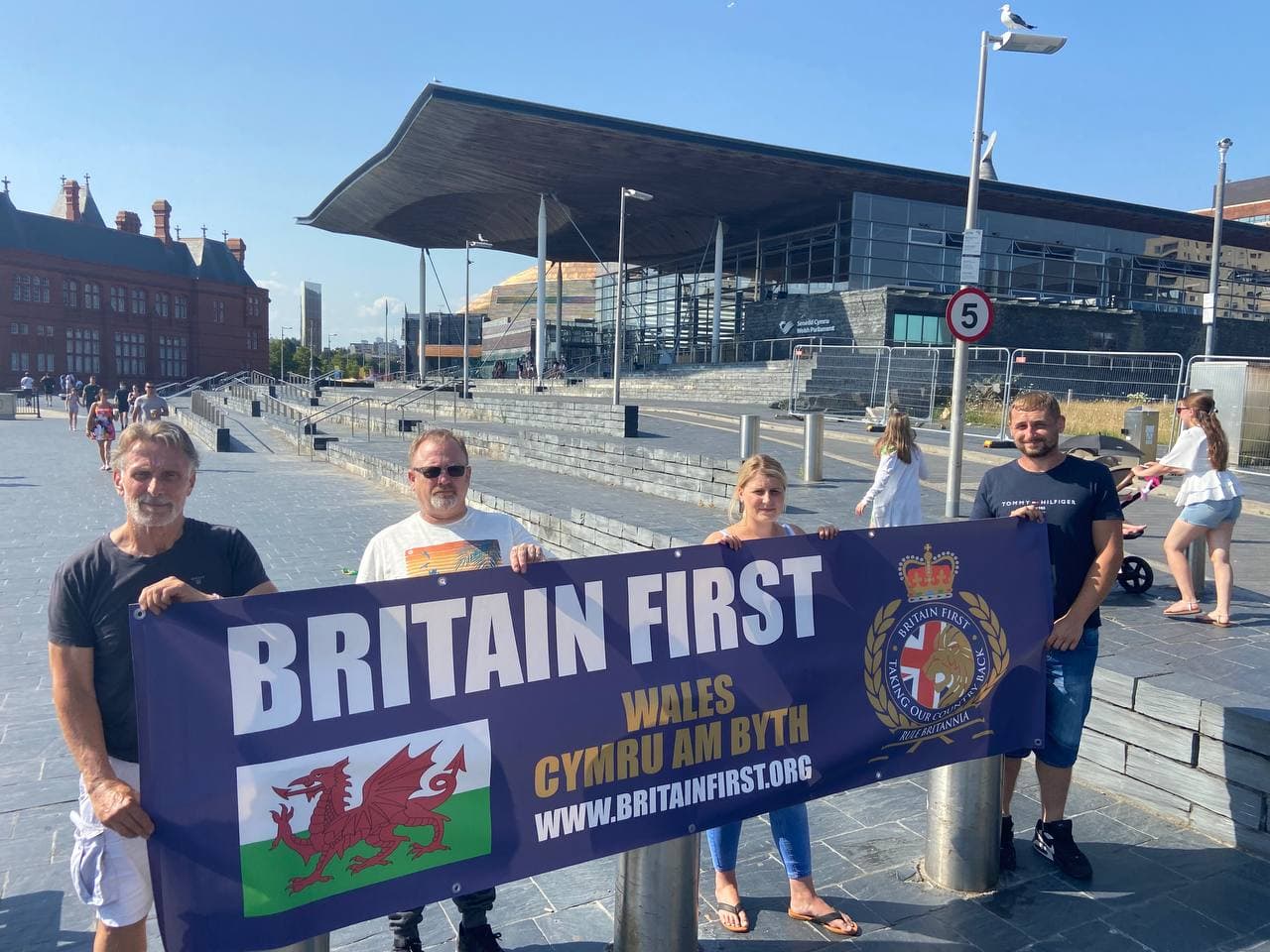 Our tour of Cardiff started outside the Welsh Parliament (above), in the docks area, then proceeded to the city centre.

Typically, the response from students was abusive and hostile.

But, when the Battle Bus drove past ordinary men and women, the response was generally positive.

Regardless of the response, our tour of Cardiff triggered many left-wing bigots who took to Twitter to, among other things, call for our tyres to be slashed. 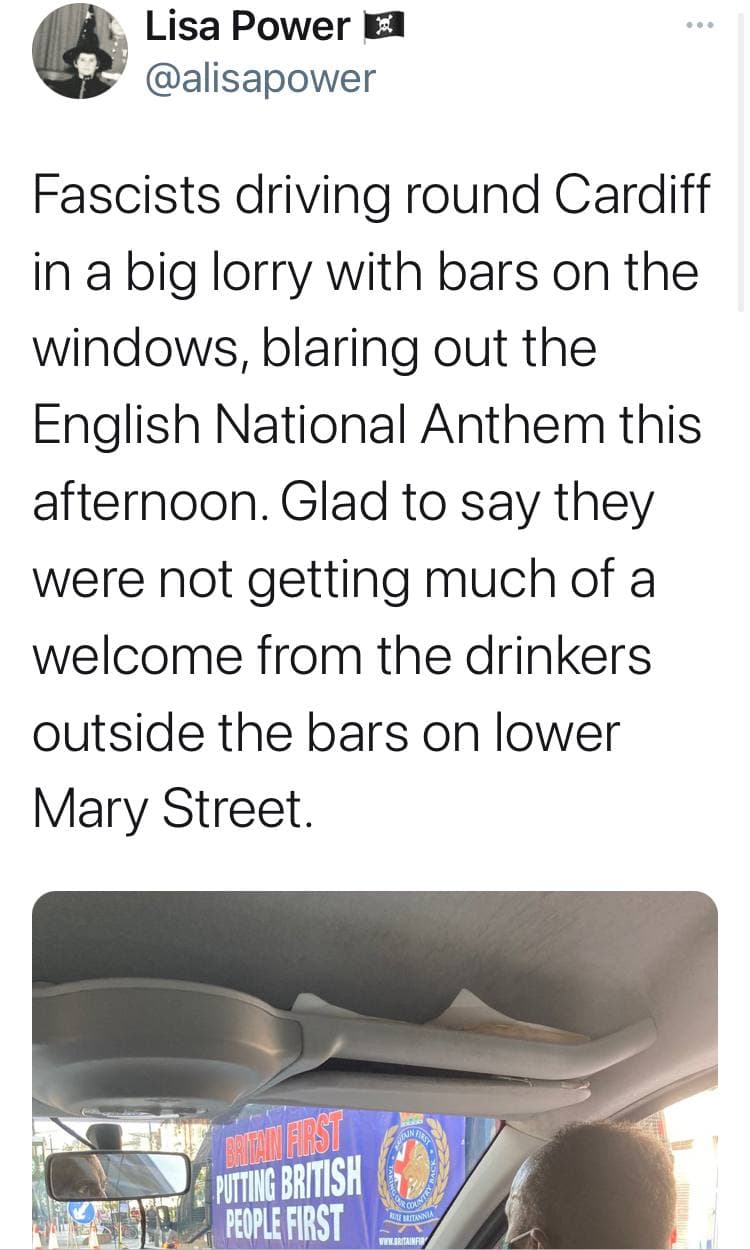 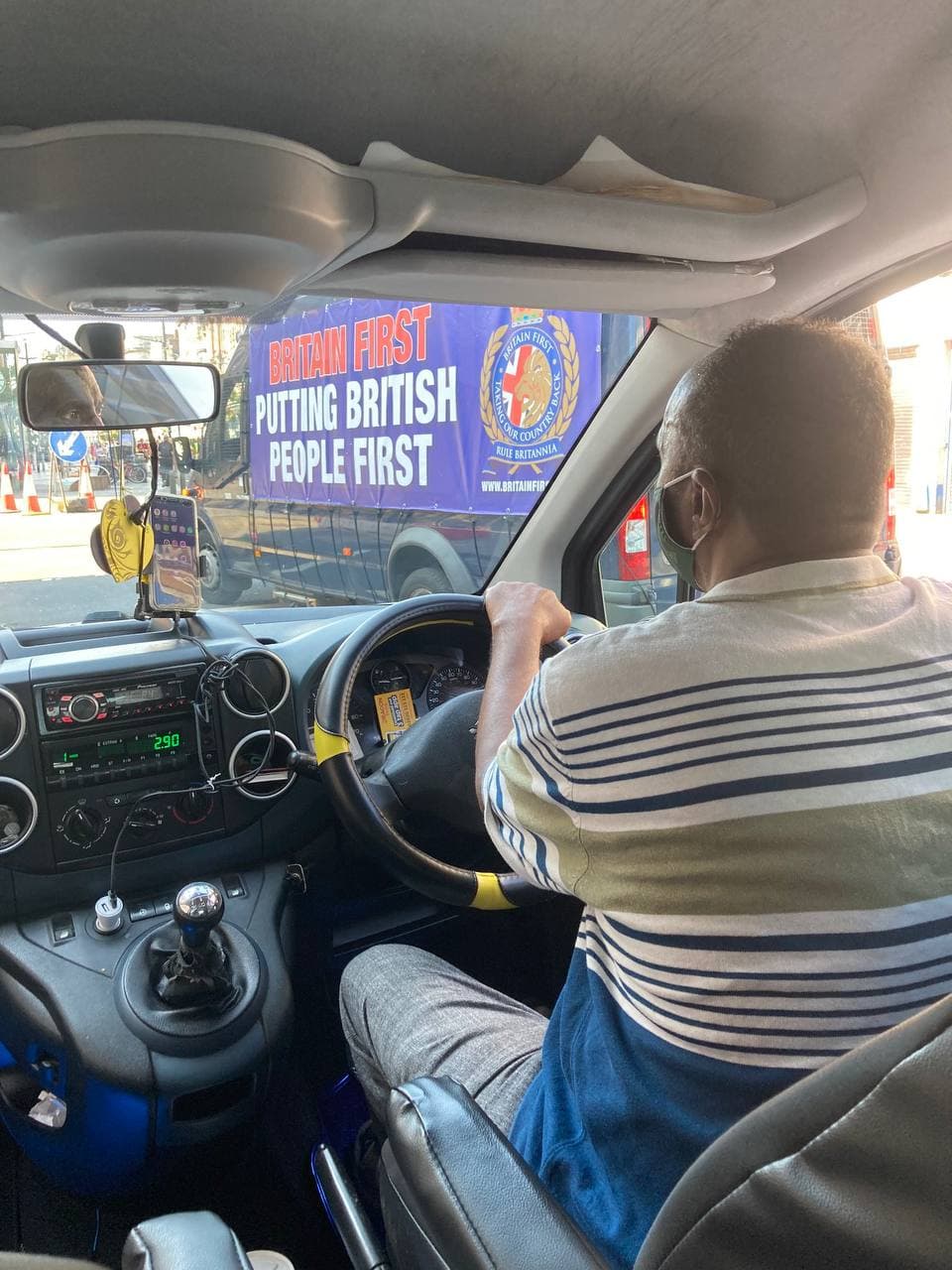 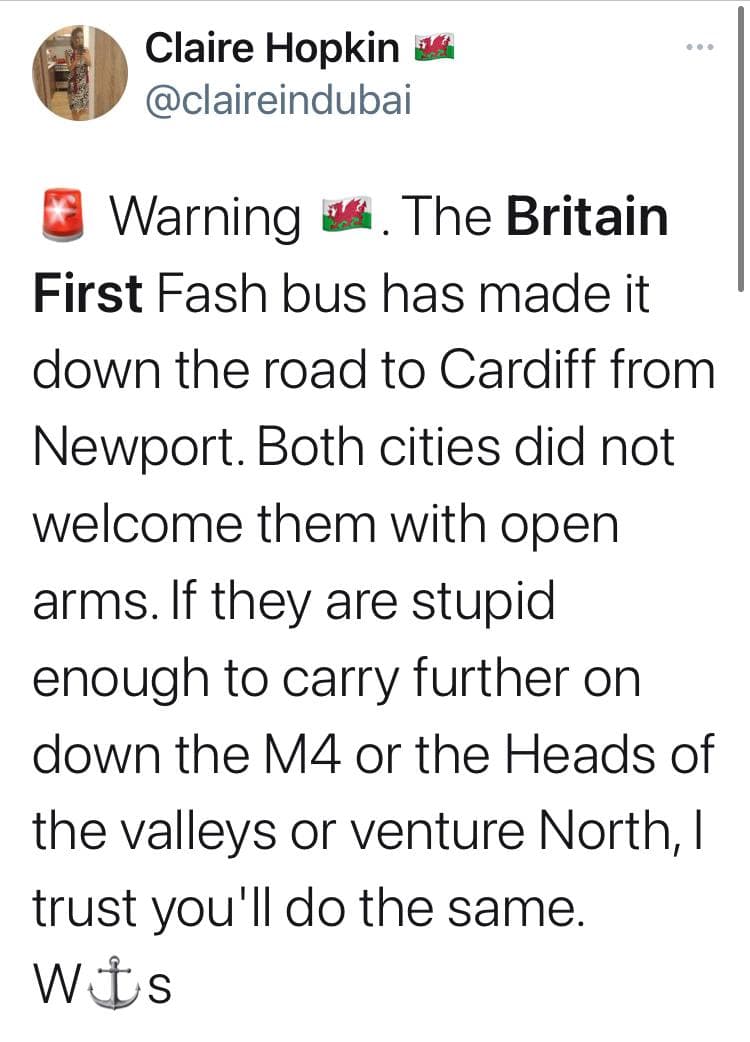 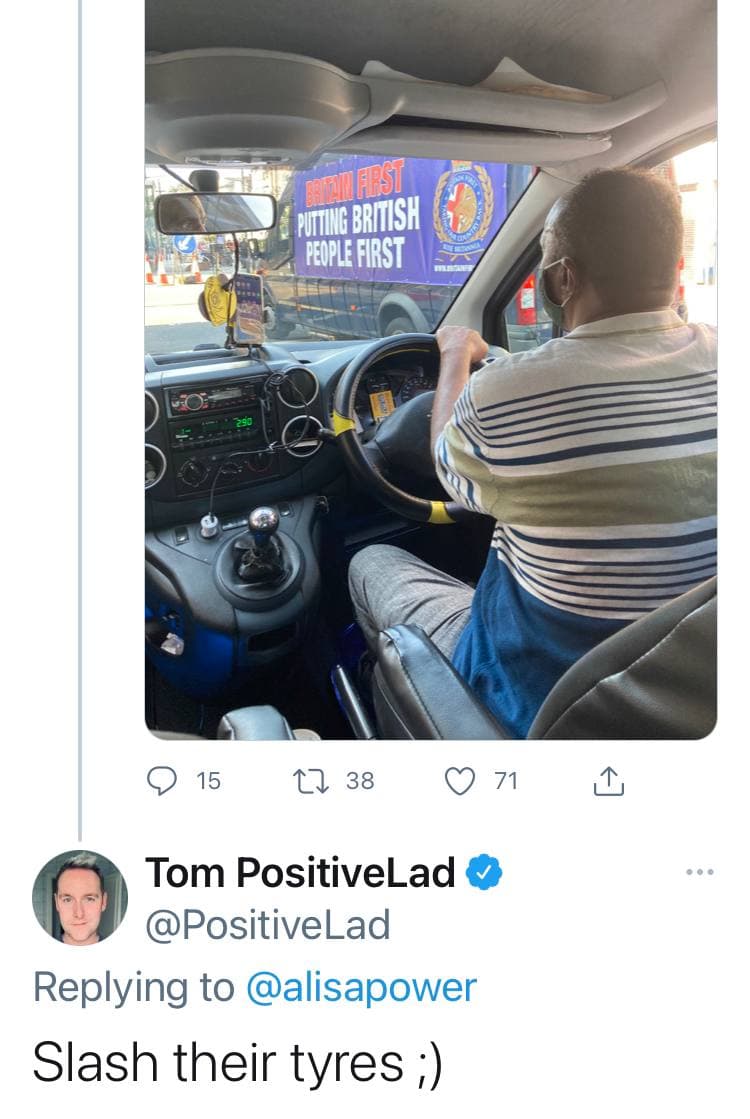 Later the same day, our Welsh activists met up in the town of Bridgend for a relaxing social. 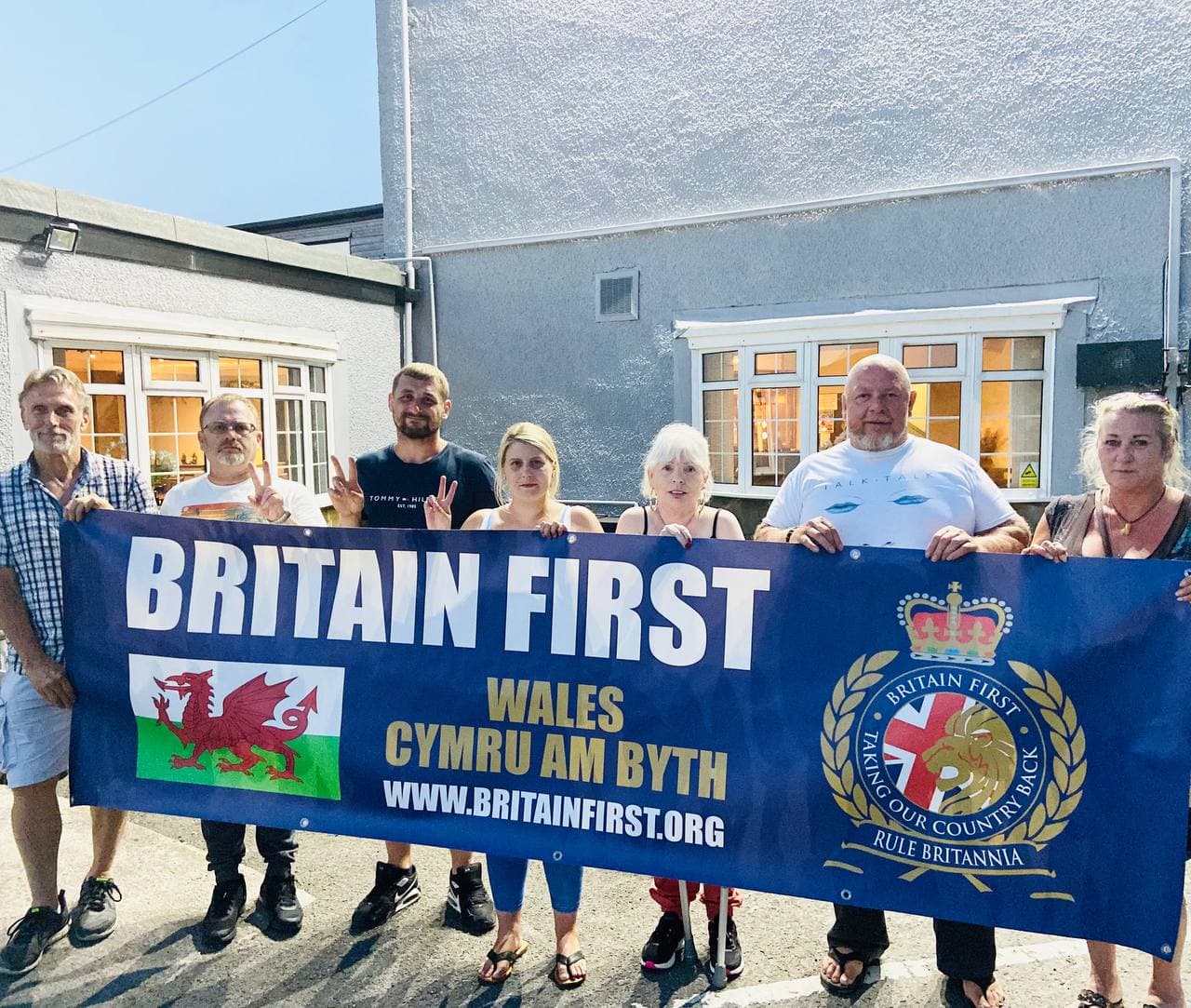 Party leader Paul Golding is planning an extensive tour of South Wales in the next few weeks.