'Britain First' was trending on Twitter at number one spot all day, attracting tens of thousands of tweets and comments: 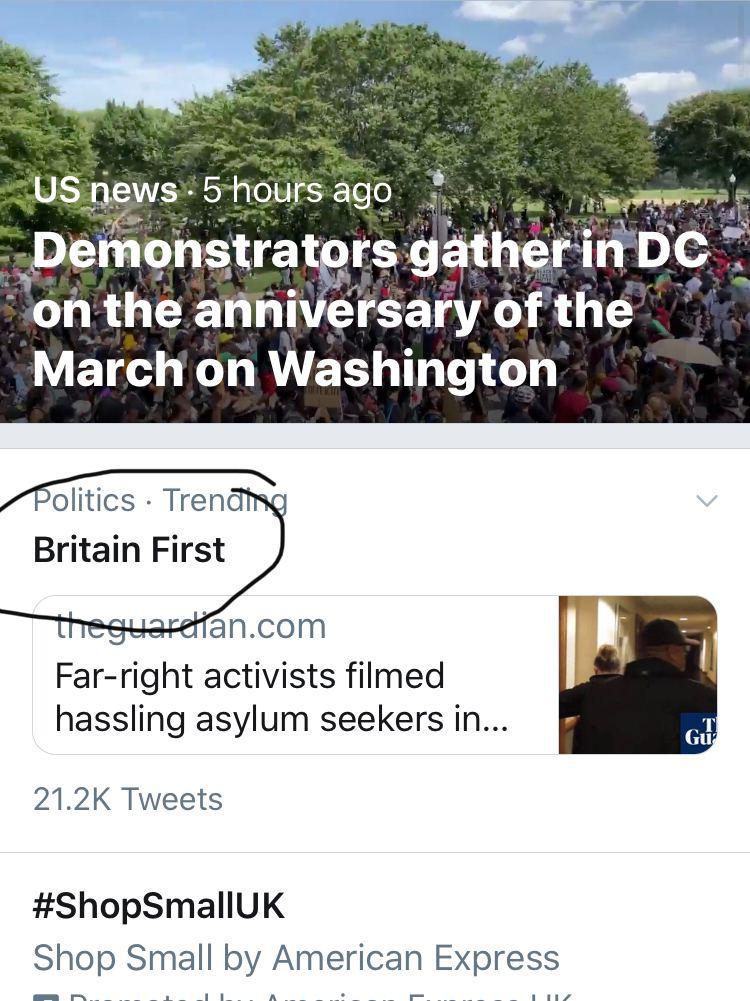 This led to an explosion of publicity, with our campaign being covered in the Independent, MSN News, the Guardian, the Mirror, the Daily Mail and the Evening Standard. 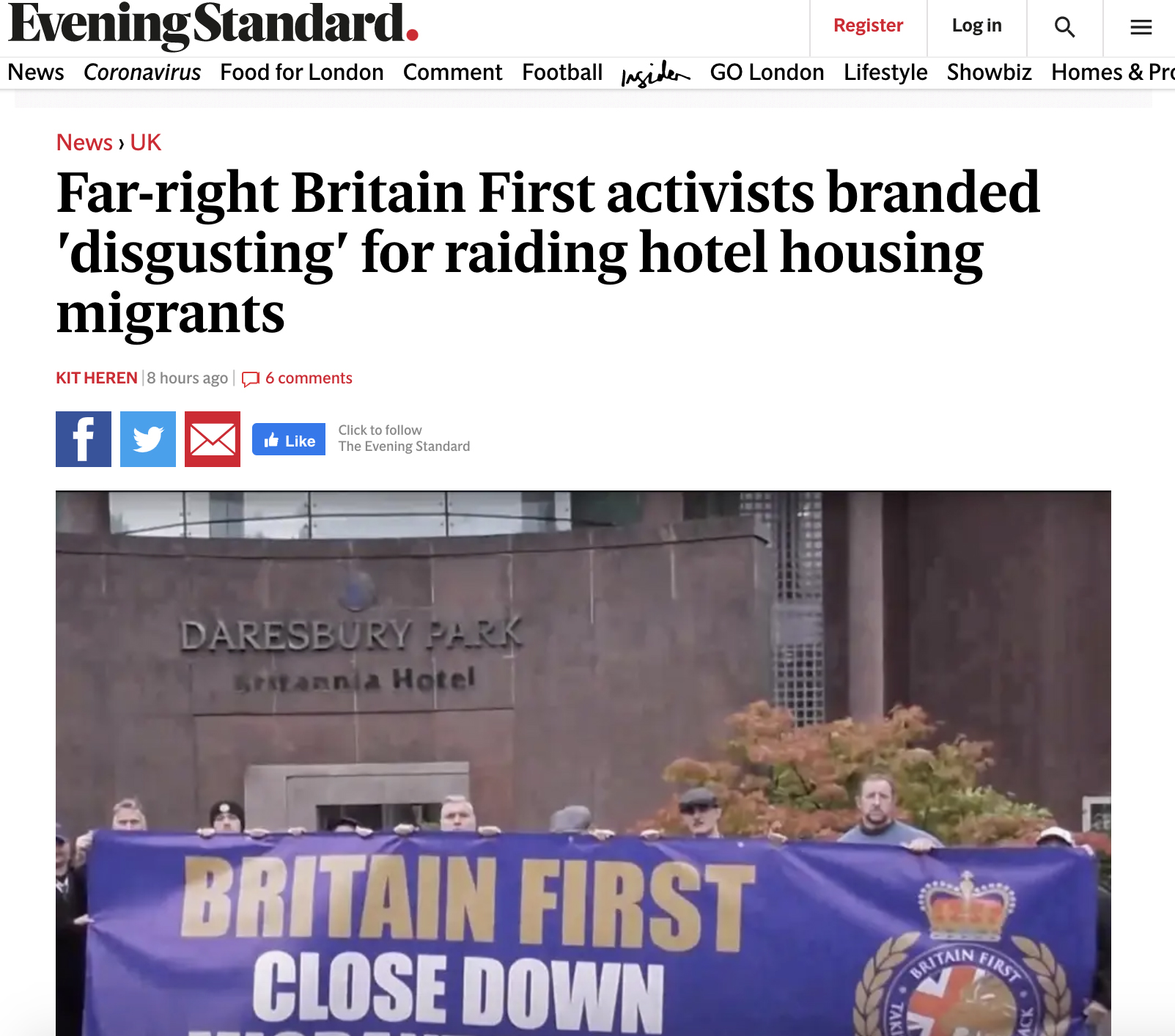 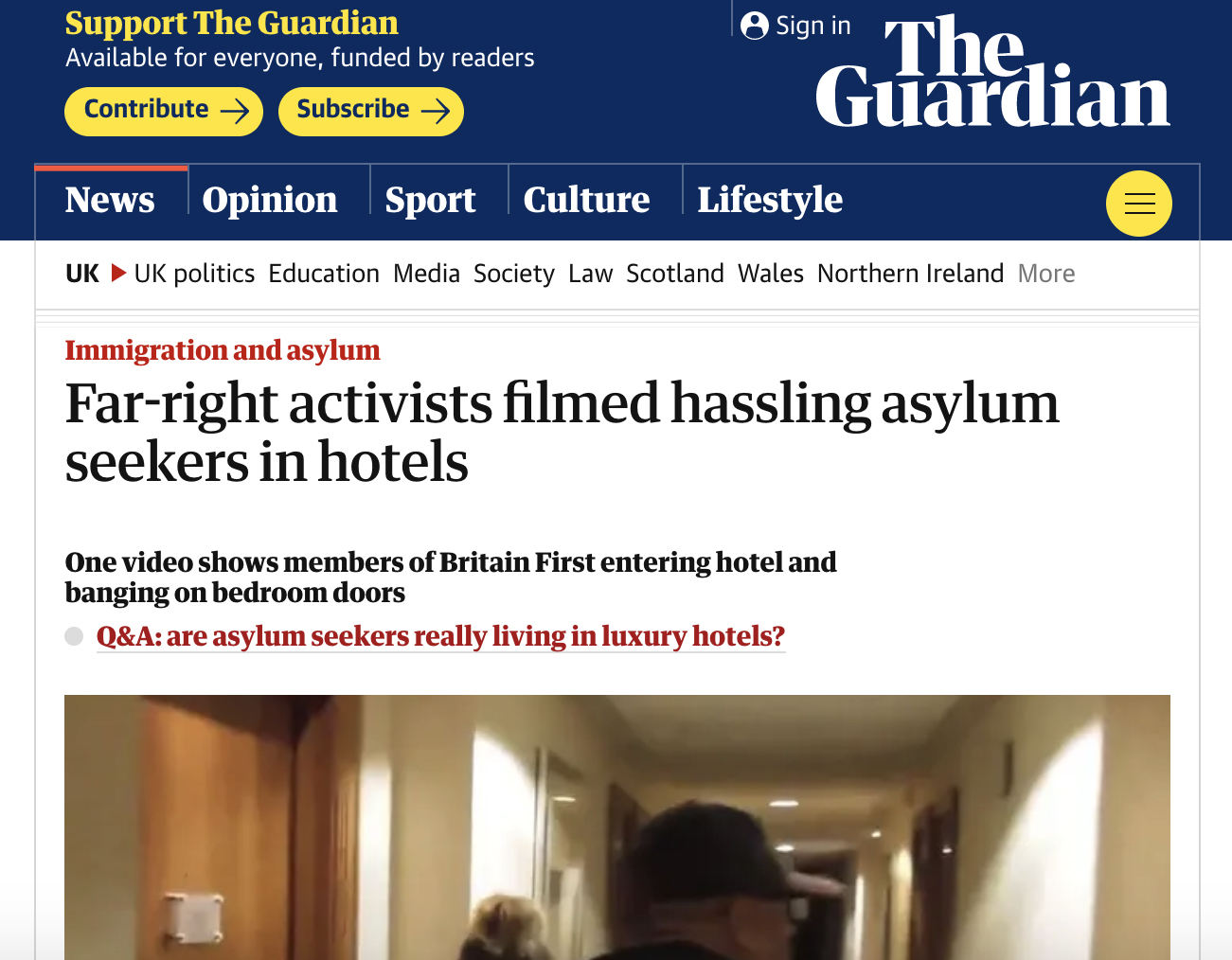 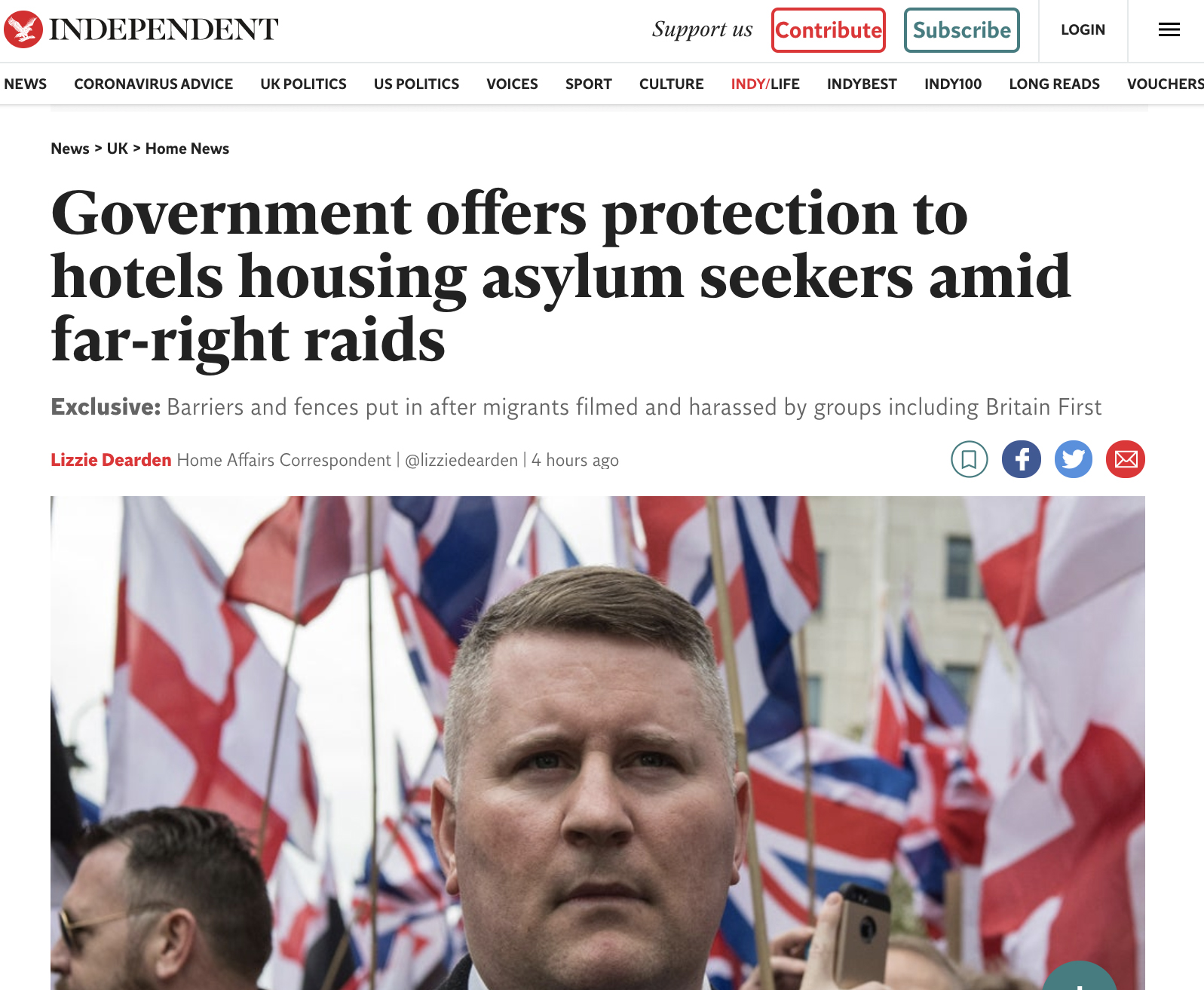 Idiots of the Loony Left started posting our videos independently to Twitter, with one video receiving over a million views: 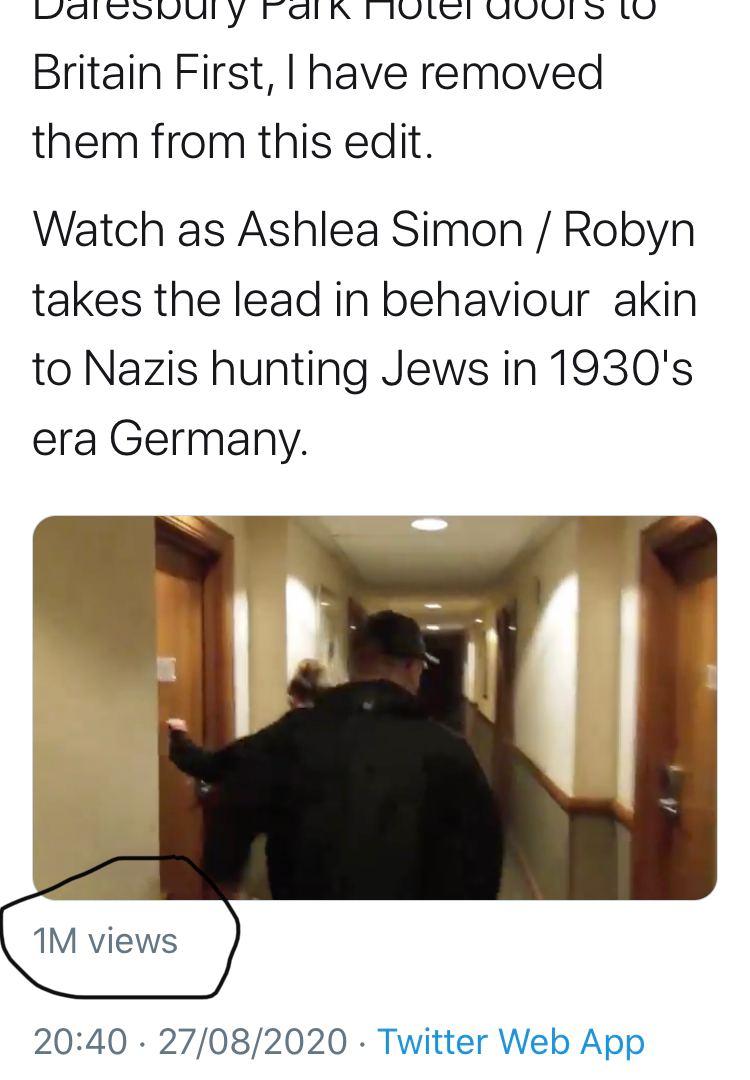 The Loony Left are absolutely outraged by our campaign, that we have the cheek to show British taxpayers what they are paying for.

The condemnations, threats and denunciations from left-wing morons about our campaign dominated Twitter all day!

In the media, we have been called cowardly, abusive, bullying, disgusting and much more.

We have been accused of 'storming' hotels to 'harass' and 'bully' the 'vulnerable' migrants.

We have been accused of creating 'terror' by 'raiding' hotels all to engage in 'migrant hunting'.

The hysterical reaction was hilarious and comical all day!

The knee-jerk reaction from the fake news media was completely out of touch with popular opinion, however.

The Daily Mail was forced to suspend comments on their article because every single one was supportive of Britain First!

When pressed to provide a response, the Home Office condemned Britain First and signalled support for the 'vulnerable' illegal immigrants. 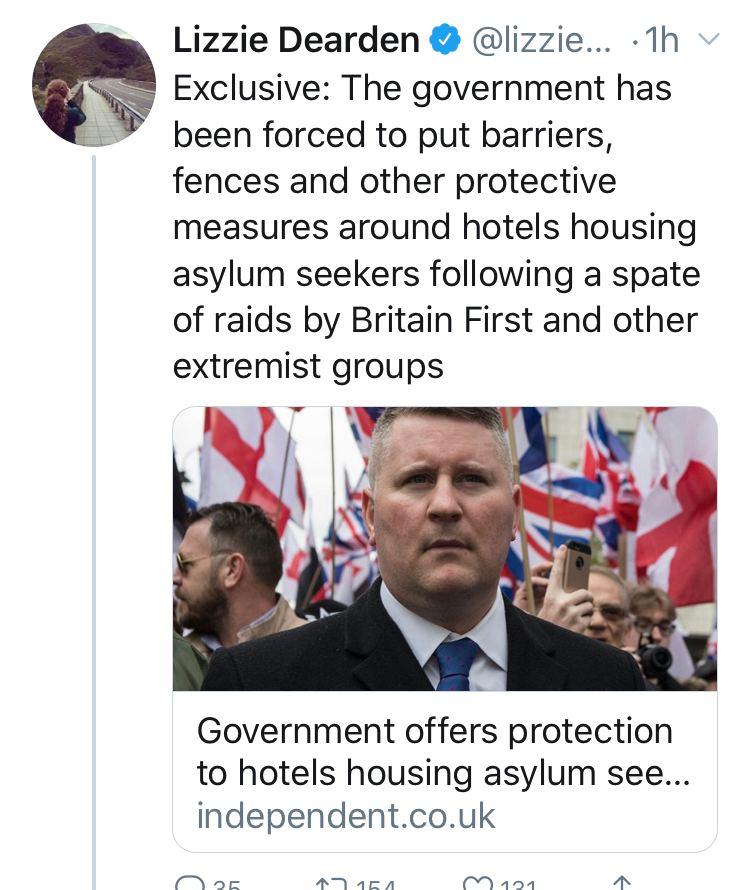 The government then offered (above) to provide 'barriers, fences and other protective measures around hotels housing asylum seekers following a spate of raids by Britain First'.

Britain First is quickly establishing itself as the UK's premiere patriot movement that is continually securing publicity and recognition.

Britain First is a household name with millions of supporters not just in the UK, but across the world.

If you want to support the 'only show in town' and make a big difference, then now is the time to join Britain First as a member: