Slowly but surely, the coronavirus lockdown is coming to an end.

And judging by the treatment the police gave to raging mobs of immigrant racists and Antifa communists a few days ago in London - during their 'Black Lives Matter' riot and hatefest - it's now pretty much okay now for everyone to go out and engage in political activism.

That's exactly what a team of activists did today: 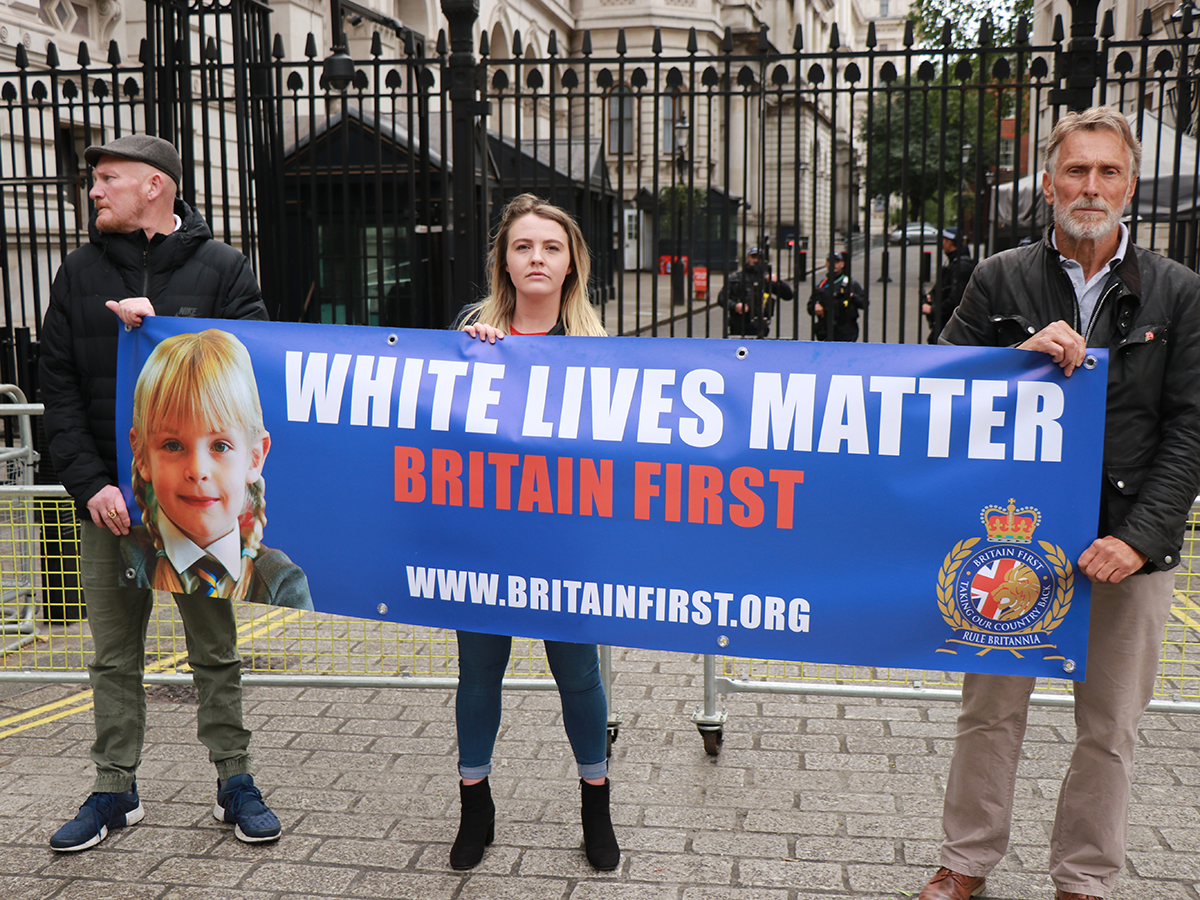 A team of activists travelled to London with a 'White Lives Matter' banner and held a series of flash demos on Westminster Bridge, at the cenotaph and outside Downing Street.

If Antifa and their immigrant bigot allies are allowed to protest, why not us?

Today, lots of these leftwing 'Black Lives Matter' miscreants in the Whitehall area verbally abused our team of activists, but they persevered anyway.

The White Lives Matter banner our activists held outside Downing Street displayed a photo of Emily Jones (pictured on the banner below), a seven-year old English girl who had her throat slashed recently by an immigrant: 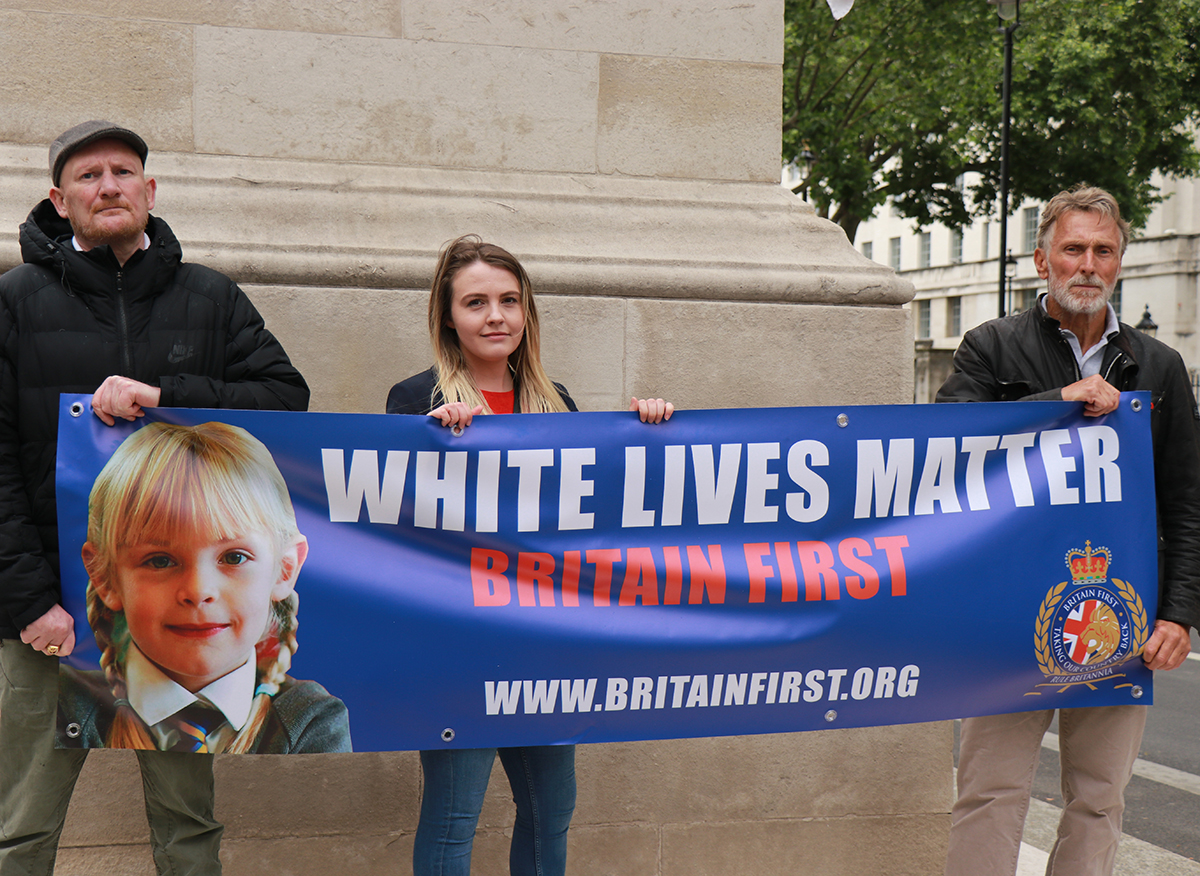 Her barbaric murder was completely ignored by the media, because it doesn't fit their 'Whites are bad' narrative.

Regardless of the presence of immigrant and communist hooligans, our activists still walked around Whitehall loud and proud. 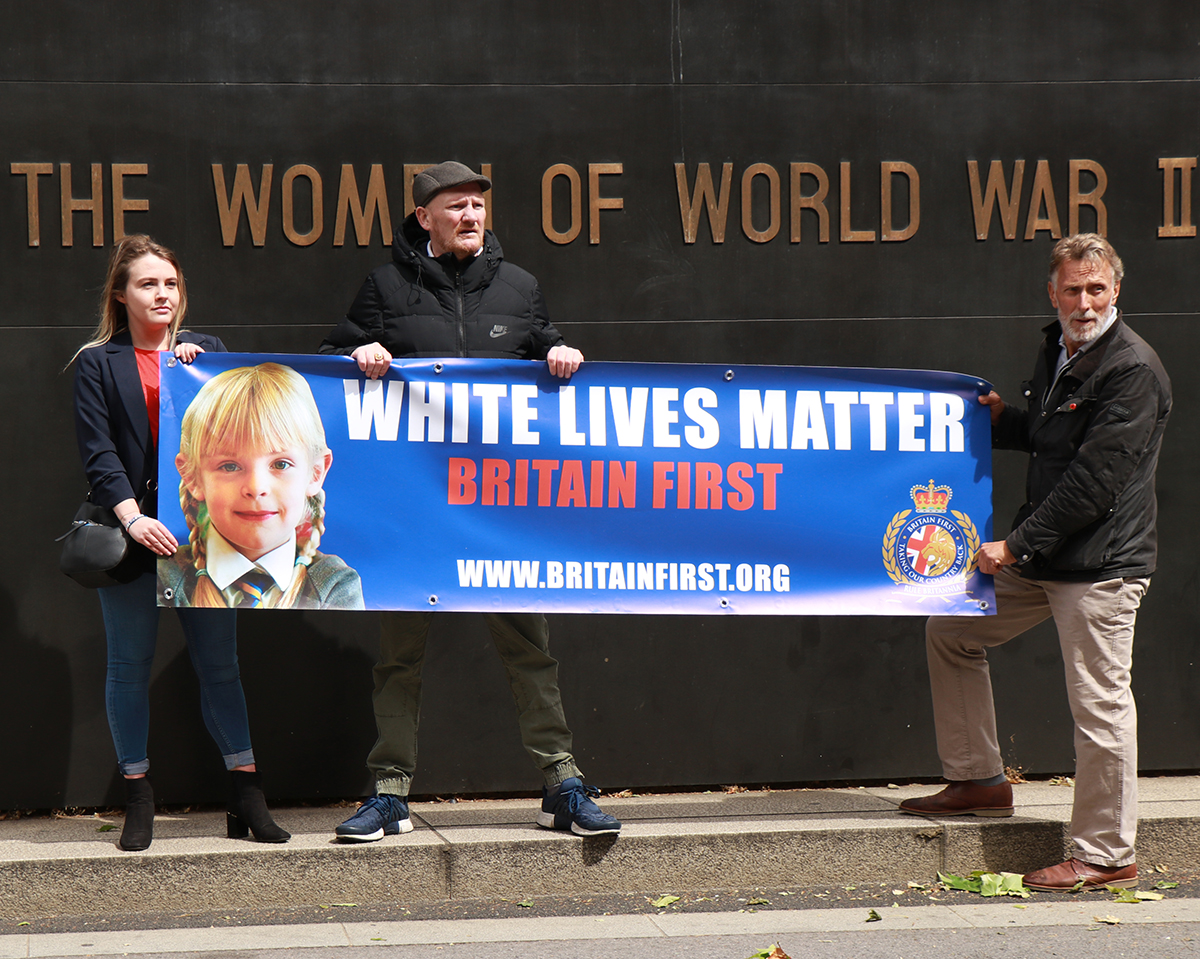 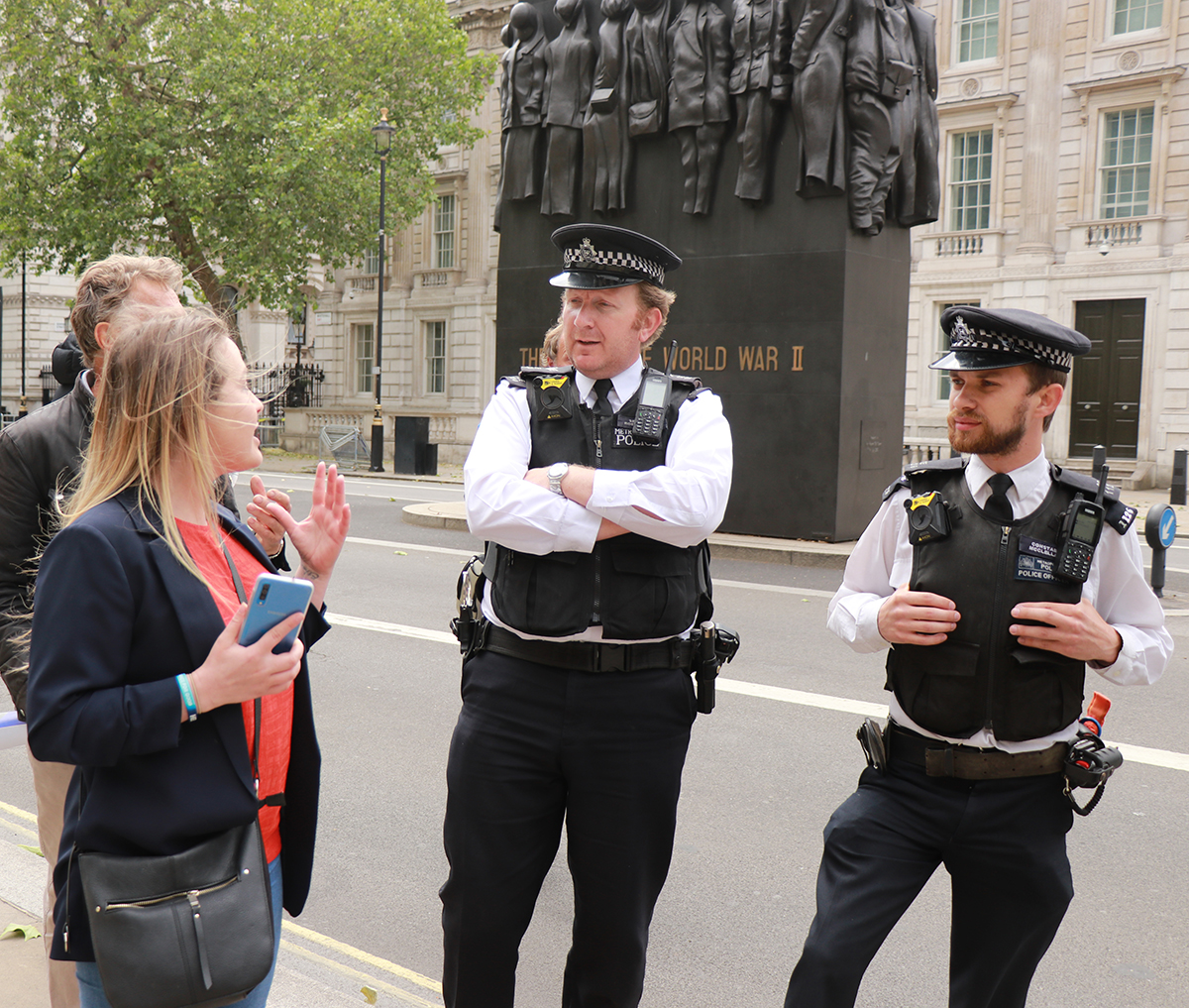 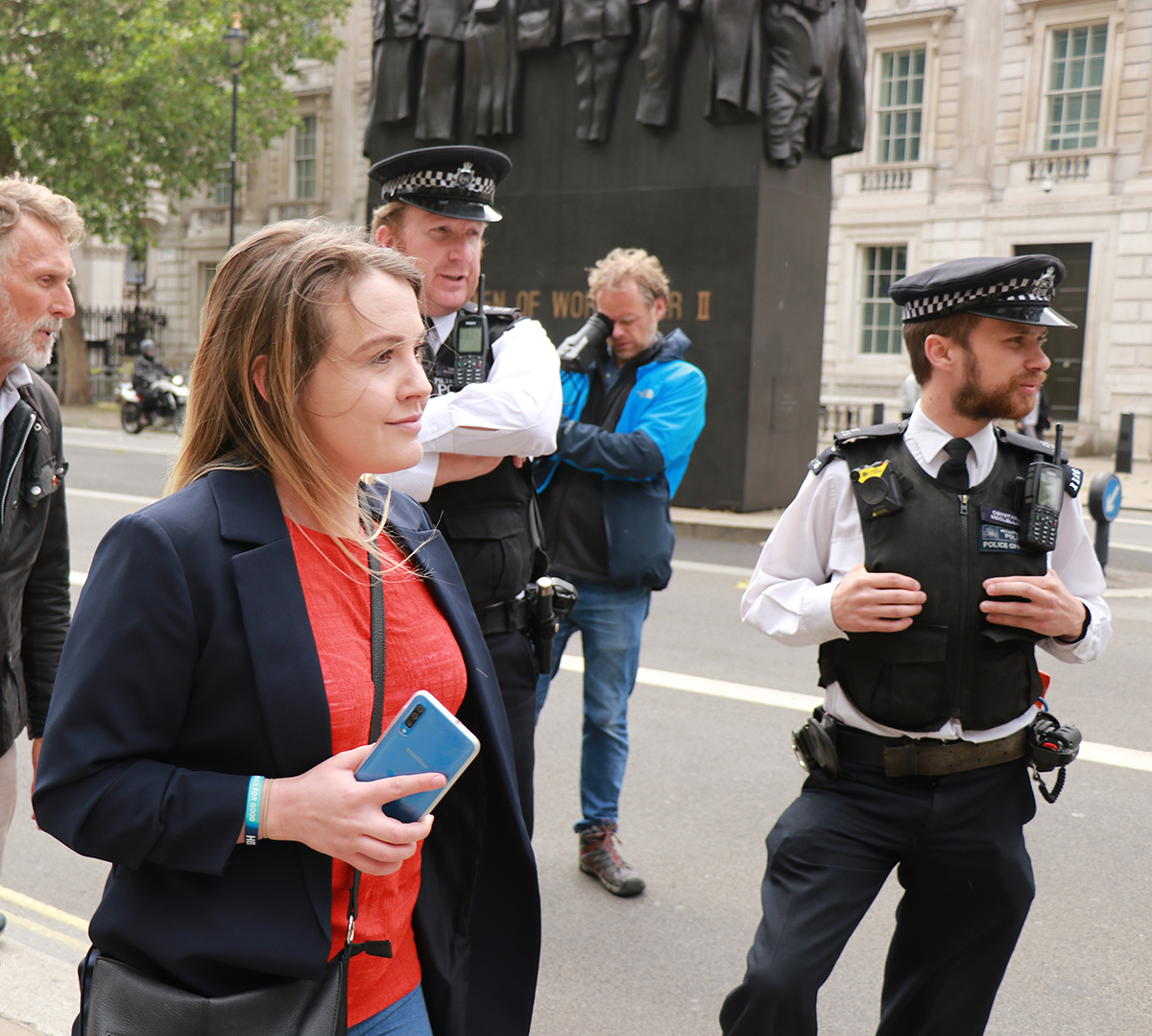 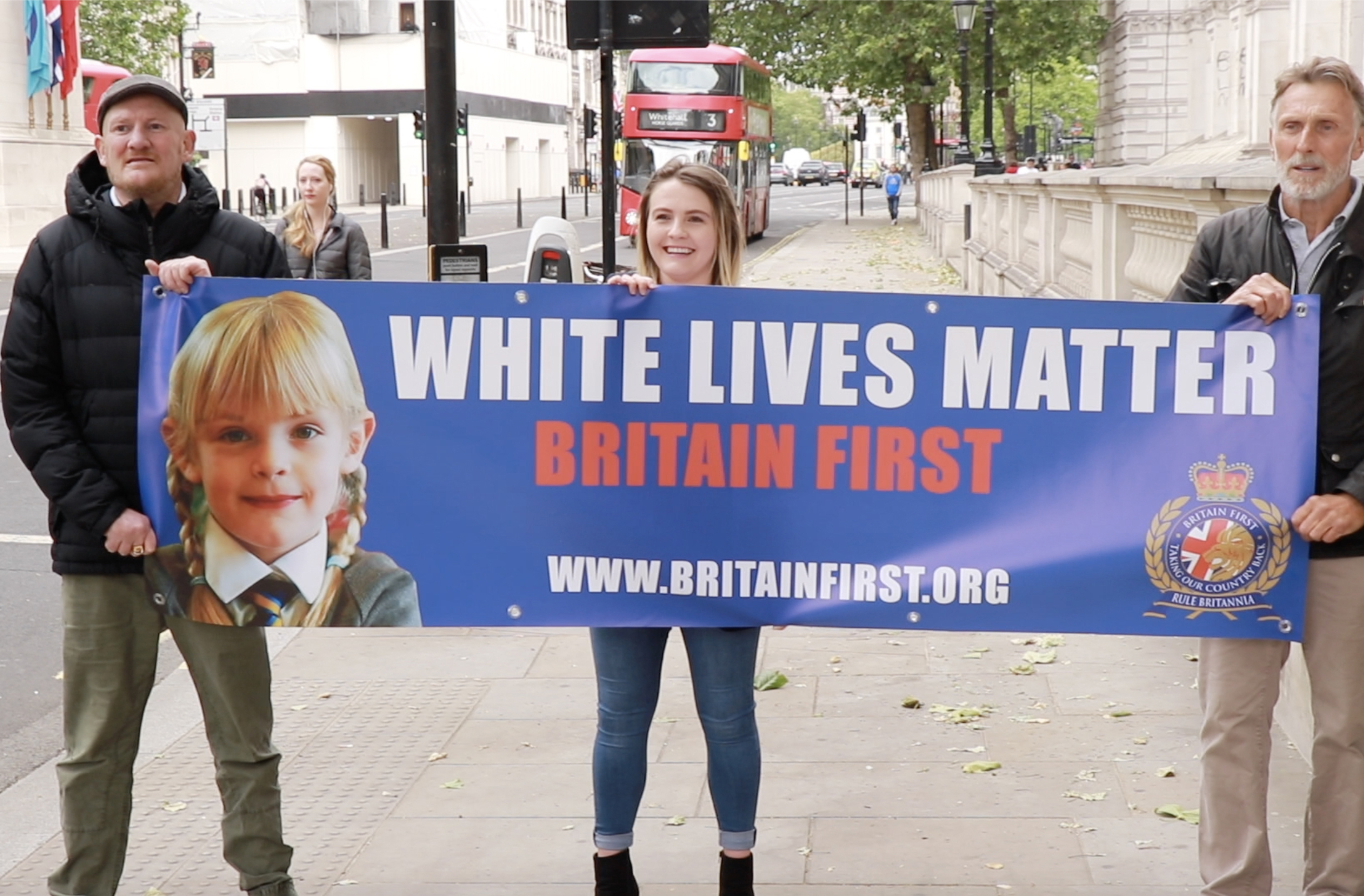