IT'S OFFICIAL: Britain First is taking LEGAL ACTION against the Electoral Commission!

By Paul Golding - Just when we thought things couldn't get more intense for our movement, they do, big time.

The pressure on HQ - and myself - is now apocalyptic.

Please, allow me to explain:

As you know, recently our legal team in Belfast sent the Electoral Commission a final 'pre-action protocol' letter requesting that they back down and register Britain First as a political party.

Since then, they have replied, and refused, so I have been holding long discussions with our new barrister about what to do next. 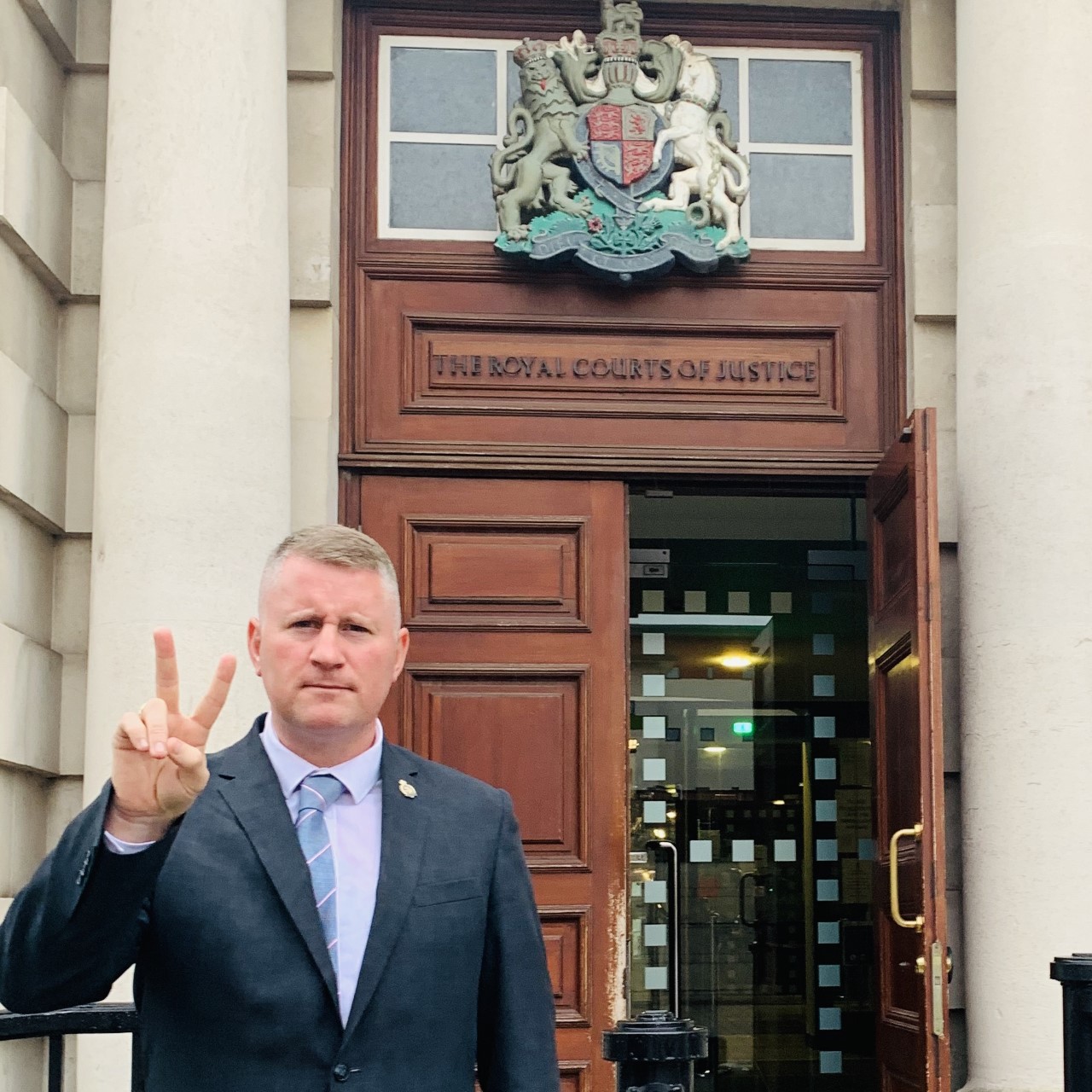 Today, I held a final telephone conference with our legal team and it has been decided that we will launch an all out assault on the Electoral Commission with immediate effect!

To be honest, in the wake of being ambushed by 'SO15 Counter Terrorism Command' last week at Heathrow airport, we could do without this extra pressure on our resources.

But, as a movement, we simply have no choice but to launch this historic legal action without further delay!

The reason is very simple:

A general election has now been called for the 12th of December, so launching legal action now means that we will get the entire case wrapped up within a week or two!

This is not a joke.

Despite the Electoral Commission rejecting no less than eight separate Britain First applications over a two and a half year period, within a week or so we could win a truly historic legal victory and finally be registered as a political party!

You see, because of the impending general election, we have the opportunity of getting this case put before a judge very quickly.

A case that would usually take approximately six months can be wrapped up within a few weeks!

This is a once-in-a-lifetime opportunity for our movement to secure our future.

We desperately need to get registered again as a political party to secure major political advantages, such as the ability to open fresh social media pages on Facebook and Twitter etc and to fight elections.

I have been waiting for this moment for two and a half years and victory over the Electoral Commission is finally within our grasp!

Think of the amazing impact Britain First can have on our national situation:

UKIP is finished, Brexit will shortly be wrapped up and Britain First is the only patriotic alternative left standing.

Without Britain First, our people have no choice other than the Old-Gang traitor parties.

Back in May this year we stood in several seats in the local elections as independents and I was elated at the great electoral results we secured from our long-suffering people.

Nearly 30% in Birmingham (beating the Tories and the Greens) and 10% in a leafy Tory area of Hertfordshire (doubling the vote % of the nearby UKIP candidates).

If only we can force the Electoral Commission to do their job and register us as a political party we can start to shake politics in Britain to its foundations!

That is what terrifies the establishment, that Britain First will transform into a serious electoral threat to the Old-Gang traitor parties.

Believe me, I am very uneasy about asking for your help again so quickly Britain, but trust me when I say that we can smash the Electoral Commission into submission within the blink of an eye!

That's why I am taking this unusual step, so quickly.

As a political party, Britain First can cause untold havoc for the establishment in defence of our people!

Now that the sun is setting on the Brexit situation, the entire country needs Britain First to address the twin dangers of mass immigration and radical Islam.

Britain First is the 'last man standing', so to speak, and we are confronted with a golden opportunity to become one of the biggest political parties in the UK within a short period of time!

As leader of this movement since its launch in 2011, it has always been my ambition to storm politics and confront the Old-Gang traitor parties at the ballot box!

Now we can achieve this, if we have the courage to seize this opportunity with both hands!

After my long chat with our barrister ended today, I put the phone down and the reality of this seismic situation hit me square in the face.

This is perhaps the most important crusade in the history of our movement.

So today, I instructed our legal team to submit the necessary legal papers to the High Court in Belfast, so there is no turning back now!

Unfortunately, we are going to have to raise a considerable amount of money very quickly to ram this lightning legal attack through within the next week or so.

Like I said, we could do without this immense extra pressure right now, considering everything else that is happening, but as leader of this providential movement I am not going to squander this once-in-a-lifetime opportunity.

I personally believe the Electoral Commission is desperately hoping we cannot find the energy, or funds, to take the final step of a rapid court hearing to force them to register us as a political party.

But they are wrong.

Britain First has always been a strong, dynamic and powerful force to be reckoned with.

This is the movement that was retweeted by Donald Trump, that was invited to the Russian parliament, that has beaten the police in the High Court and has survived the most horrendous persecution imaginable, including dozens of arrests, prosecutions, prison terms, terror threats and legal dirty tricks.

Not only have we survived, we have thrived!

Look, the Electoral Commission have to stand before a judge and justify rejecting eight Britain First applications over a two and a half year period.

Their legal position is desperately weak, we just need to deliver the knockout blow and thanks to the new impending general election we can do just that within a matter of weeks!

After suffering the injustice of Police State harassment from 'SO15 Counter Terrorism Command' last week, this amazing opportunity is a gift from God.

So, with all the of the above in mind, can I count on your dedicated support so we can take full advantage of this historic opportunity?

This is an unusually busy time with multiple demands on our resources, but this situation is so important it will literally define whether this movement survives or sinks.

Here is the state of play so far:

The next few weeks are going to be very, very intense, but utterly and completely necessary and I am absolutely certain that we will emerge victorious!

I am earnestly hoping that you perceive this immense opportunity and make the biggest sacrifice you can.

Many of us would sacrifice our life’s blood to defend our nation – this is no idle boast!

I love my country and I am sure you do to, so let’s get our sleeves rolled up!

I believe our country and our people are now, finally, waking up and are indeed fighting back!

We need every single member, activist, donor, officer and supporter to chip in to our 'Electoral Commission Fighting Fund' - there is no "Plan B", we need heroic determination right now!

To chip in and help get our campaign under way, please click here:

PS: Please don't delay. We won't have trade unions or dodgy businessmen shovelling millions into our coffers at the last minute like the "Old Gang" parties of Lib-Lab-Con.