Facebook has taken major action to silence Britain First completely from their platform. 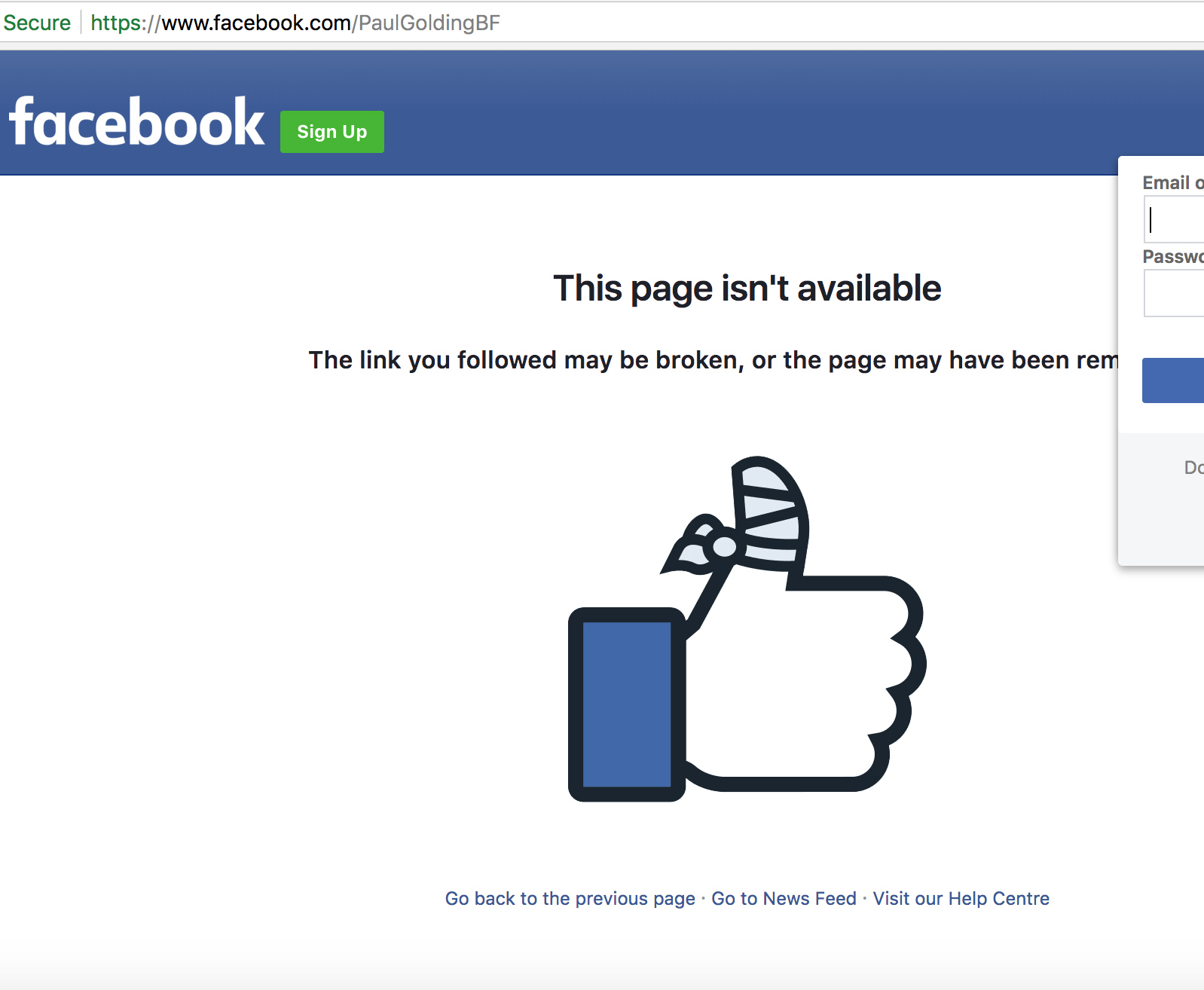 My personal profile (above) has now been completely deleted without warning.

The personal profile of our regional organiser for Northern Ireland has been completely deleted without warning. 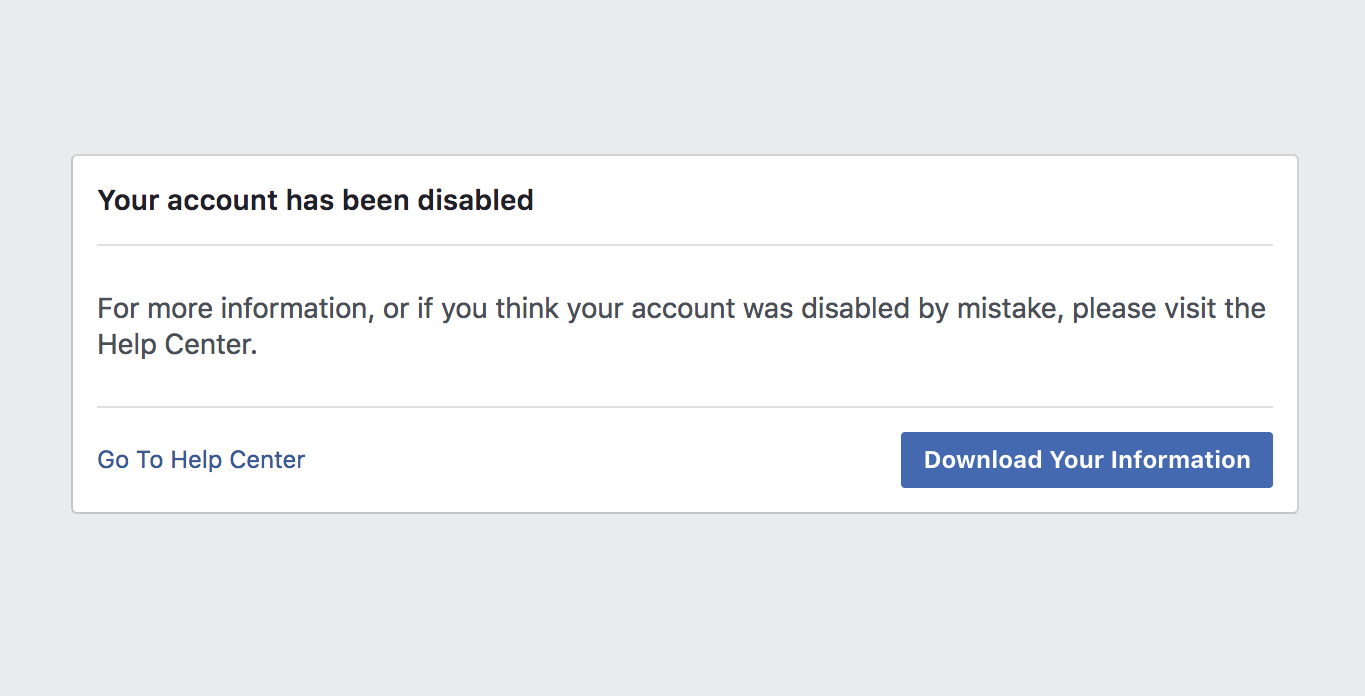 Several supportive third-party pages have also been been completely deleted.

My personal profile was active for many years and contains years of posts, photos and videos.

About six other personal Facebook profiles of our admins have been completely deleted too.

This means that Britain First has been completely wiped out on Facebook.

Not one to sit and cry into my hands about setbacks such as these, I was immediately on the phone to our solicitors and QC over in Belfast and have sent them the latest evidence.

I have told them I want Facebook dragged into court by Friday, end of story. 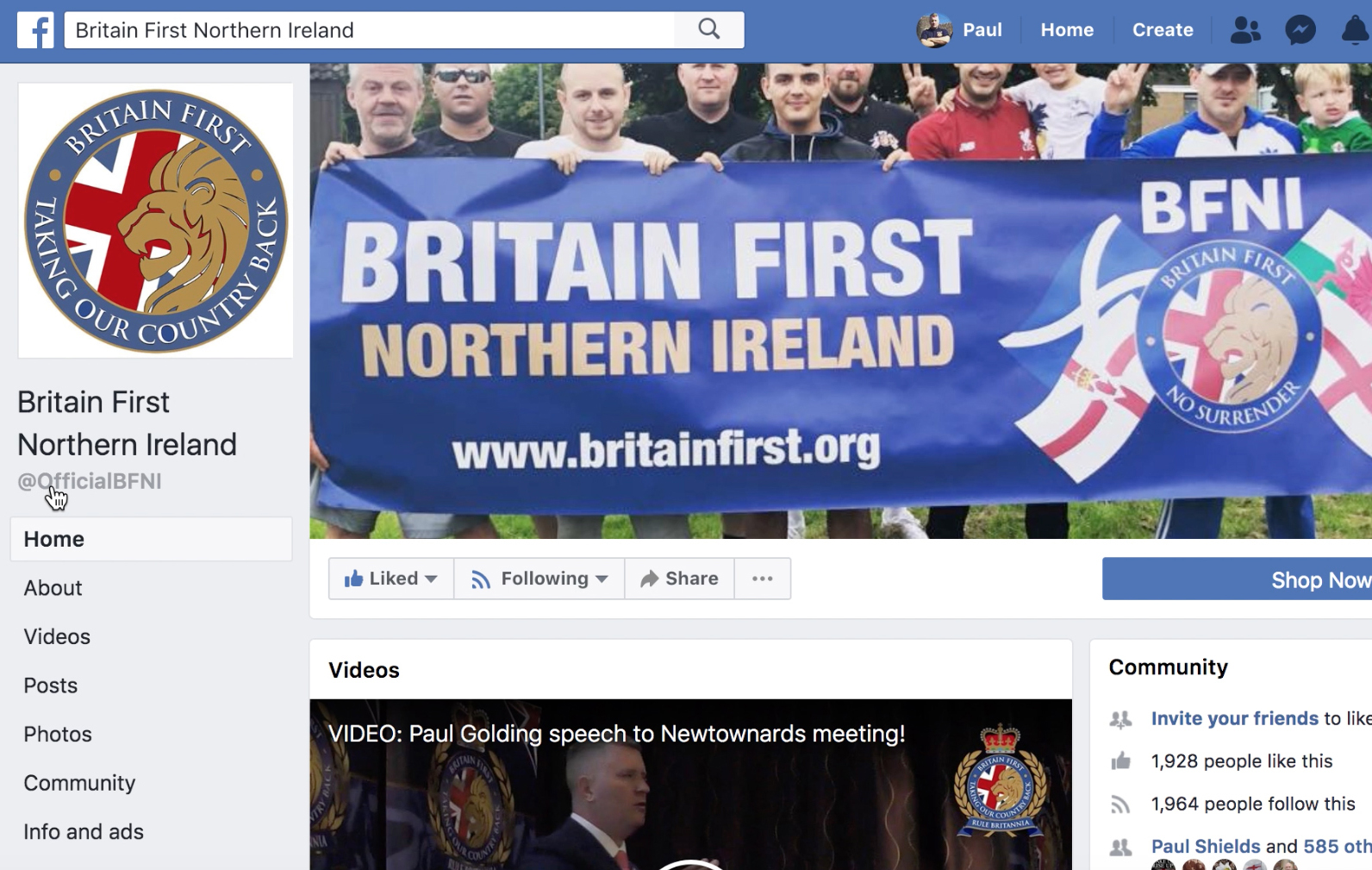 All of this comes on top of the deletion of our 'Britain First Northern Ireland' page (above) that was removed yesterday.

Enough is enough, Facebook and the other social networks are destroying freedom of speech and democracy across the Western world.

Our war hero ancestors who died in their millions to preserve freedom in this country have been completely betrayed.

Our leftwing enemies are laughing their backsides off that Britain First has been silenced so effectively.

My reaction is simple: Our enemies may have won a battle, but we will win the war! 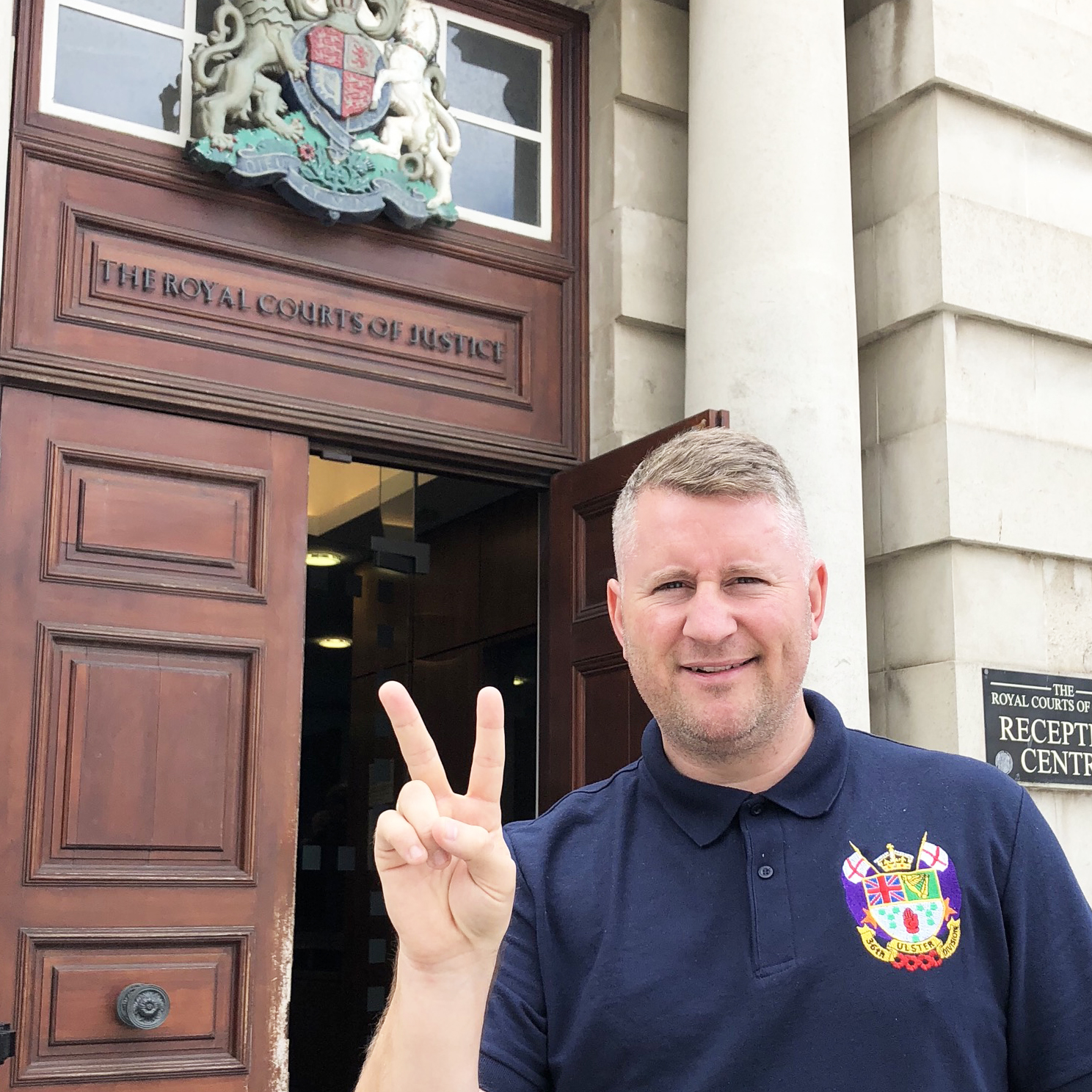 We have one of the most prestigious QCs (Queen's Counsel) ready and willing to lead the fight against Facebook in Belfast, where political discrimination is illegal.

QCs are at the top of the legal profession - it was a QC that secured the release recently of Tommy Robinson in the court of appeal in London.

They know what they are doing, they are the best of the best and our QC has confirmed we have a strong case against Facebook.

Now all we need is to 'plunge the knife', so to speak, and drag them into court.

Not only has Facebook discriminated against Britain First, but now they have silenced me personally and also our Northern Ireland organiser, so this will be a joint organisational and personal claim against them.

Please, if you can spare just a tenner to help us take immediate action against the Facebook fascists then please CLICK HERE and stand shoulder-to-shoulder with me in this fight for freedom and democracy.